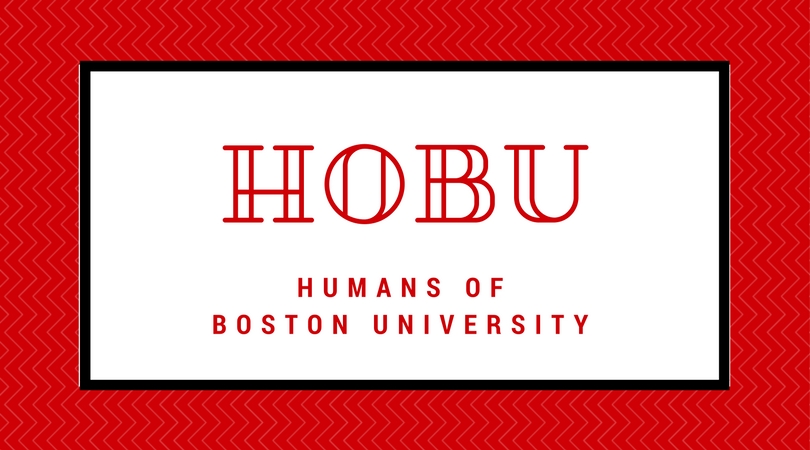 For those on the BU Memes Facebook page, the name “Terri Hamm” (formerly “Terrier Hams”) means something — relatable memes.

The anonymous “memelord” was added to the page only a month ago but garners hundreds, sometimes thousands, of likes whenever they post something. We talked with Terri but agreed to keep their identity anonymous.

“It all started with some simple ham seeds. I planted them, sang to them, nursed them to health when they became sick, taught them how to speak 11 languages, laughed with them, cried with them, and supported them every step of the way until they became full grown hams, beautiful and robust,” Terri says of their meme-ginning.

“Initially there were quite a few people who were very cheeky to me,” Terri says. In fact, they were even reported — which spawned the name change from Terrier Hams to Terri Hamm. “I didn’t really understand where their contempt came from, and at first I was sad, but then I decided that they were just wankers and I couldn’t let them ruin my quest to spread the message of the ham gods. There were a few people who had my back from the beginning – I would like to take this moment to thank Claire, Teddy, Felipe and Kai – who believed in me and helped me take my mind off of the wankers. Now, I like to talk to anyone and everyone. Message me. Rustle my jimmies. Rustle ’em real good.”

But Terri/Terrier’s jimmies were rustled after a poll that asked members to vote on what should be done about the user. One of the options was to send them to the gulag, which Terri felt went a little too far.

“[The gulag] was actually too offensive to be joked about and I don’t know who started it but that was really inappropriate subject matter. I went AWOL after the Gulag poll because I felt unwanted and beaten down. However, while browsing the meme page on my personal account shortly after, I began to see memes about Terrier Hams being ‘gone for good.’ So I came back, because why the f— not?”

When it comes to what Terri gets up to when they aren’t creating memes, they have very select interests: “I have quite a few majors, including (but not limited to) the science of ham, the history of ham, the art of ham, the business of ham, hamspitality, ham education, ham anatomy and physiology, and hamgineering. My background is that I was raised by two hams, on a strict diet of hams, speaking only the language of the ham. Ham culture is really rich. I am fortunate. I am the Gandhi of meat bricks, and the Steve Jobs of pink lumps.”

The meme page has garnered nearly 8,000 members since its creation on February 12. The memes range from targeting specific colleges at BU to general college student life. Terri says that while the content can sometimes raise eyebrows, they like that it creates a sense of community.

“The meme group is a place where we can all set aside our differences and just unite over the sh—- things about being a student at BU. It’s uncensored, just the right level of offensive, and rather consistent in terms of meme quality. If we somehow got in trouble for the content of this page, all seven thousand of us would be f——, together. A beautiful disaster.”