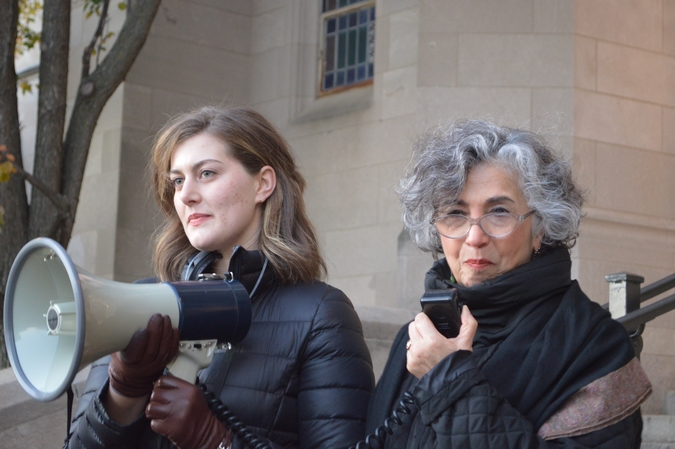 About 40 protesters gathered in Marsh Plaza Friday night despite cold and windy weather to discuss the aftermath of the election of Donald Trump. The event, organized by the Boston University Hoochie Woman Feminist Magazine, allowed faculty and students to voice their thoughts and fears.

It has been a week since Donald Trump was chosen as our President-elect, and since then, protests have erupted across the country. From Auburn, Alabama to Houston, Texas to high school students in Los Angeles, California, students across the country walked out, raised signs, and protested the election of Donald Trump. BU’s protest remained peaceful and pensive as students reflected on the future of our country. 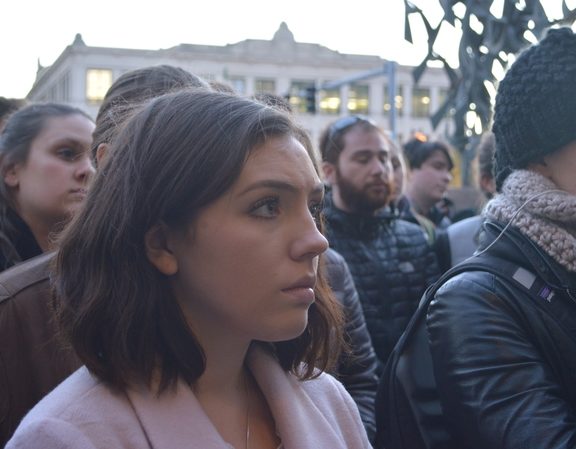 Students to react to the poem Rise Up. 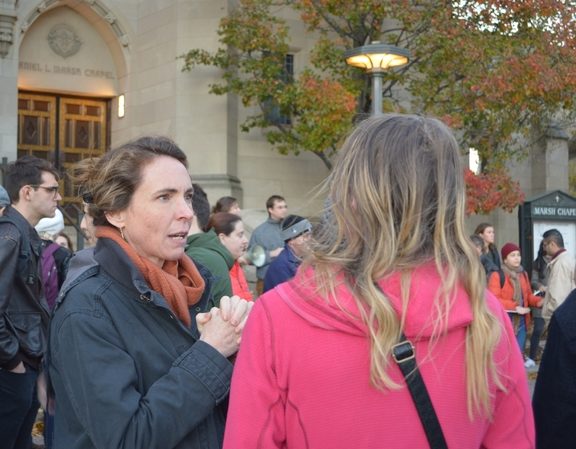 Jennifer Kanust, one of the faculty speakers, discusses her thoughts and feelings after the election. 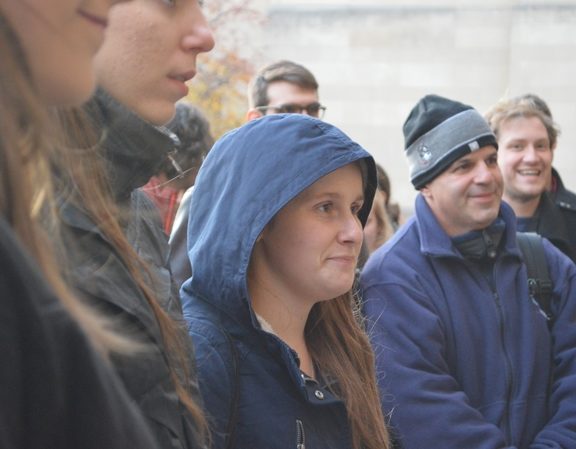 Although the overall mood was somber, there were moments of humor from the speakers. 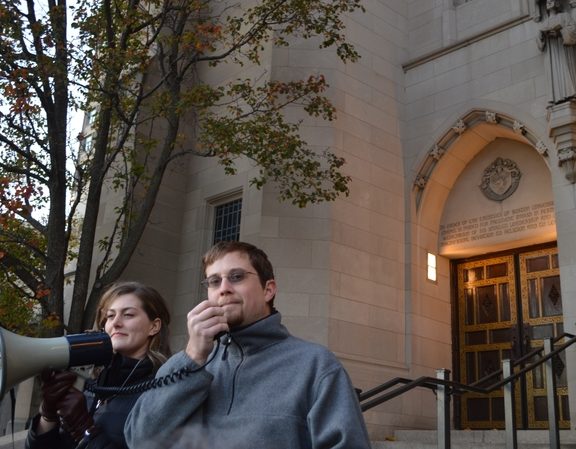 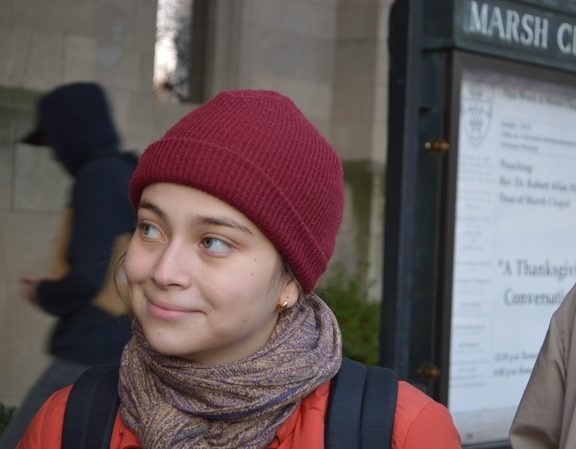 Speakers shared messages of hope, saying that “All was not lost” 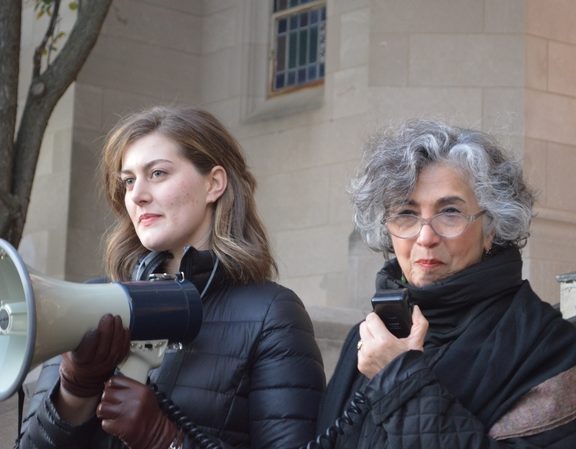 Shahla Haeri, the director of BU’s Women’s Studies Program, spoke about female leaders around the world and read the poem, Rise Up by Maya Angelou. 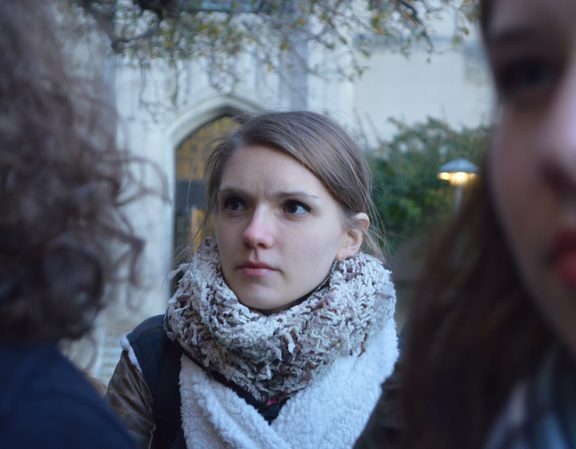 Anger about the electoral college was present both from students and in Shahla Haeir’s speech. 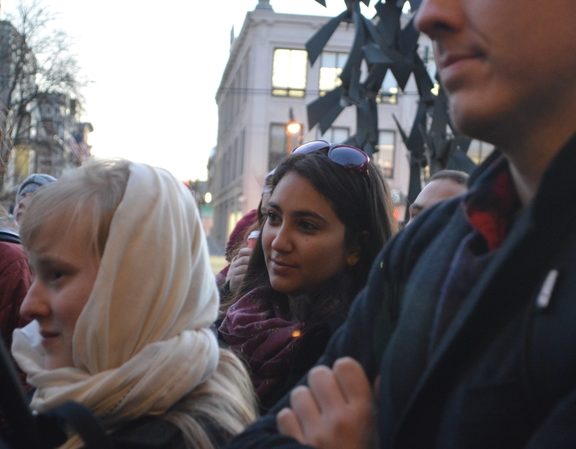 Students were encouraged by John McCargar, philosophy senior program coordinator, to remember that they were not alone. 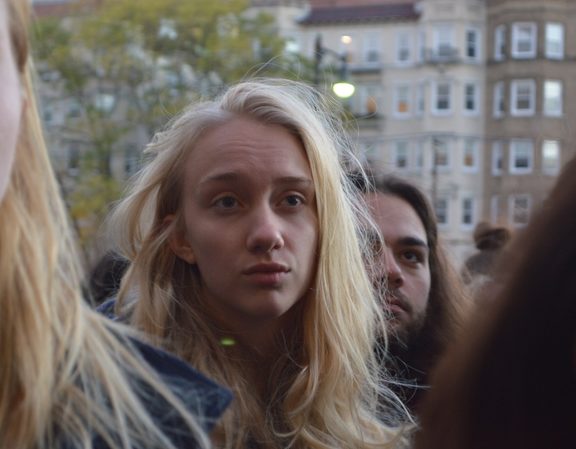 “Feel however you want for as long as you want” 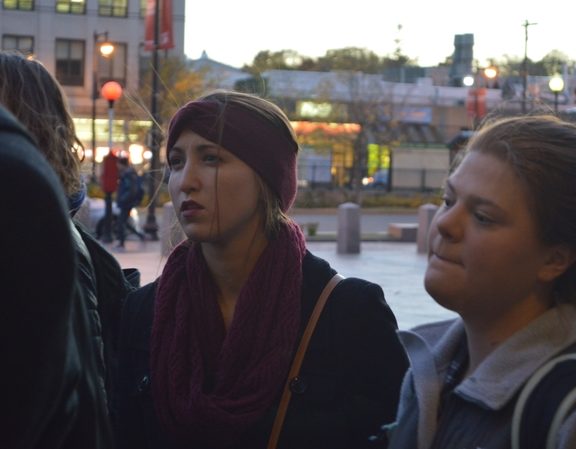 Speakers assured the crowd that we would one day achieve the community that Dr. King dreamed of. 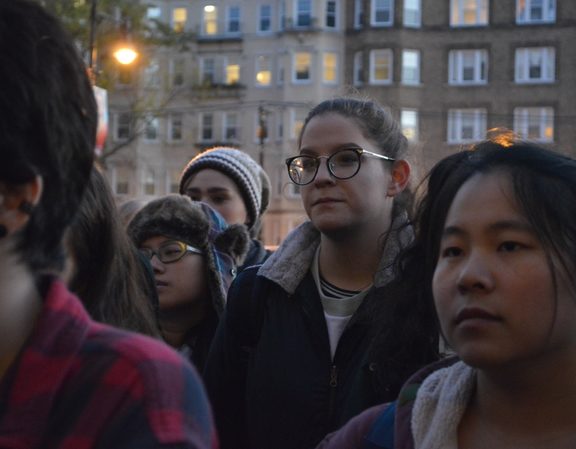 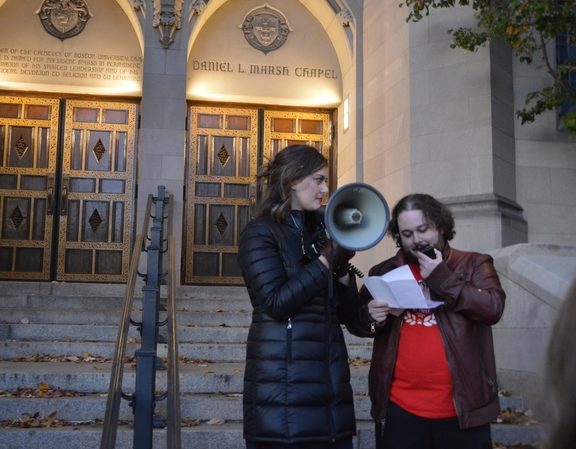 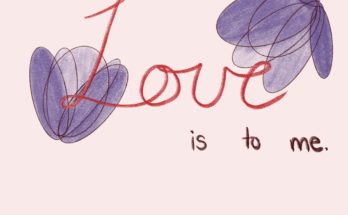 Carolyn Komatsoulis is the editor-in-chief of the Quad and an aspiring dog owner. She loves telling stories, meeting new people, and informing the world what the best places to eat are.