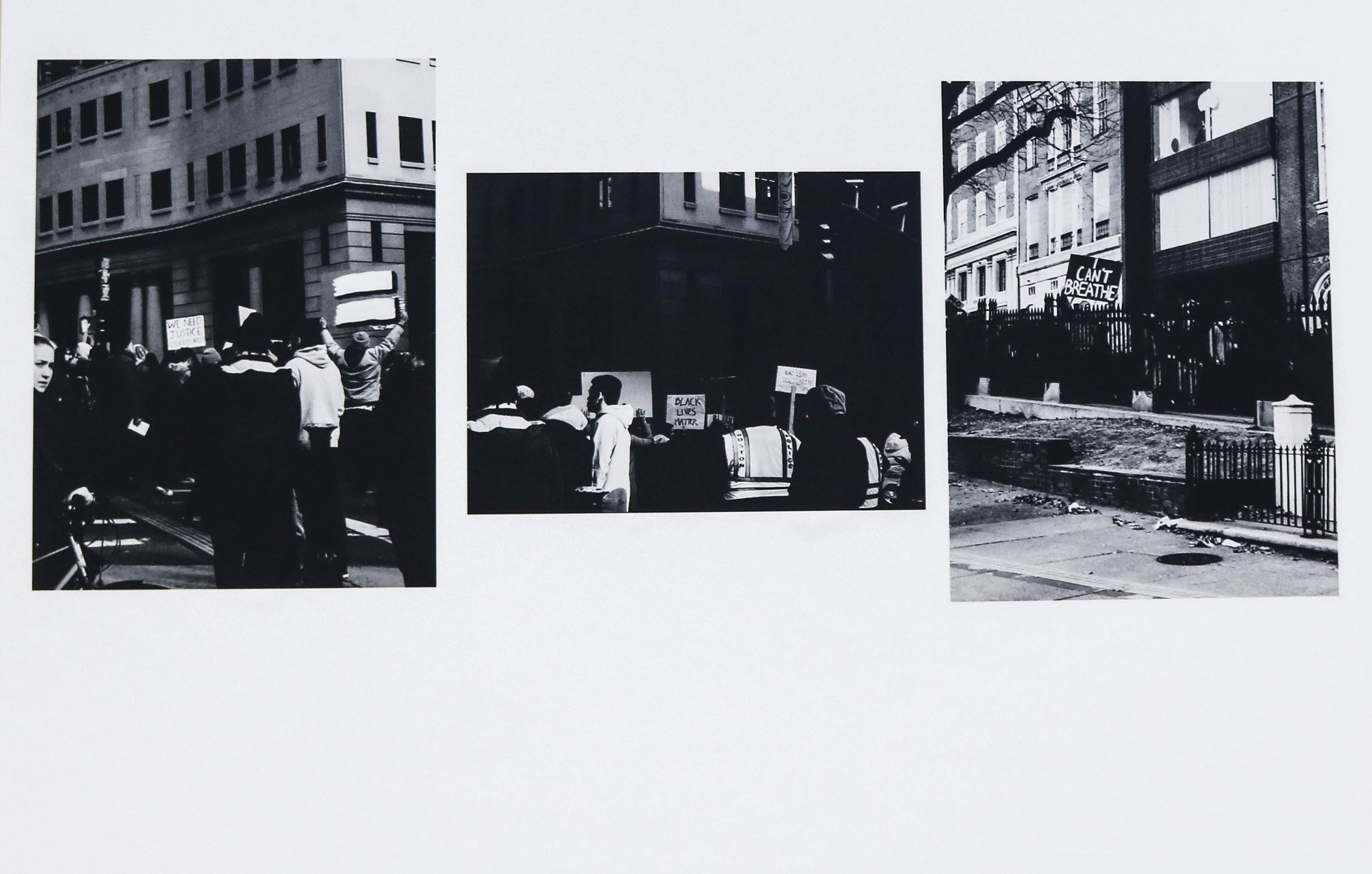 Students, faculty, and local activists gathered at the Howard Thurman Center for Common Ground on Oct. 7 to talk about race and identity through the lens of art.

The Howard Thurman Center is hosting “Race, Identity, and Art: A Forum for Student Art and Dialogue” until Oct. 21.

Pedro Falci, Assistant Director of the Howard Thurman Center, said that the Managing Director of the BU Arts Initiative, Ty Furman, originally had the idea for the show because he wanted to create a space for students to express their opinions about race and identity through art.

In regards to photographer Stacey Tyrell’s work, Falci said, “both through Stacey’s talk and a lot of the artwork I think a really important message for me to take away is this concept of what it means to be human and acknowledging everybody’s humanity, regardless of color.”

One of Tyrell’s most recent bodies of work that explores the concepts of race and identity is called “Backra Bluid.” “Backra” is an old Carribbean slang word meaning white master, and “Bluid” is the Scotch word for blood, specifically that of animals and humans.

“The series itself is a culmination of my experiences being a black chid in a predominantly white society,” Tyrell said at the opening Oct. 7. “[It is] also a way of co-opting this white gaze I’m under as a black person in a predominantly white society and turning it around on itself because in order for my blackness to function there has to be otherness— there has to be whiteness.”

In this series, Tyrell put white makeup on and dressed up as what she perceived to be middle class white females. One of her main purposes in doing this project was to prove that by merely changing her skin color, her appearance, and maybe how others view her changes drastically.

“The whole binary of black and white is something that is pretty specific to western cultures,” Tyrell said. “That whole thing of who’s considered white and who’s considered black brings with it privileges and advantages or disadvantages depending on which group you fall into.”

“These images are also an interpretation of the relatives I feel I have because sometimes it is interesting to think about the fact that there are people I will never meet that are related to me that look like me just out there in the world,” Tyrell said.

After Tyrell’s presentation, attendees had the opportunity to talk to some of the student artists about the work they have on display at the gallery.

Danielle Dinstman (CFA ’18) explored her identity with three self-portraits under the title “Take Off Your Mask.” The portraits that she created during her senior year of high school have to do with mental illness.

“It has to do with how I identify with mental illness and how it has become a whole part of my identity and how I just feel like I’ve always wanted to hide the stigma behind it,” Dinstman said. “I just think shows like this are really important and I’m really glad that I was able to be part of it.”

Another artist showcased at “Race, Identity, and Art” was Anushka Pinto (CAS ’17), who was at a T stop one day last year when she saw a “Black Lives Matter” rally taking place. She took pictures of the protest then made them black and white because they reminded her of the civil rights protests of the 1950s.

“It was kind of surreal because I had seen the protests in the media going on in different cities,” Pinto said, “but to actually see these people coming together and standing up for a cause they believe in was really surreal for me.”

View all posts by Allegra Peelor →