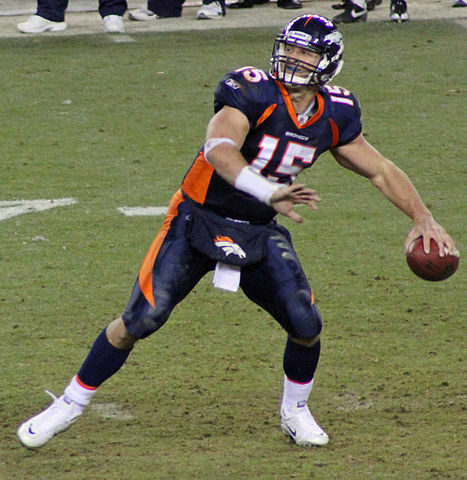 As the NFL season closes in on its theatrical finale, it’s time to look back on the triumph, failure and amazement that was the 2011 season. Throughout the past five months, fans have been able to enjoy the the rise of the Detroit Lions and Green Bay Packers, the record-breaking play of the Saints quarterback Drew Brees, and the enigmatic ability of rookie Carolina Panthers quarterback Cam Newton. Of course, bad things did happen in the form of the miserable Philadelphia Eagles, the disappearance of Terrell Owens, and the concussions that plagued many players this season. So, as we look back, let’s find a better way to explain the headlines and highlights of the season.

The player that mattered the most without playing a down: Peyton Manning.

Sadly, the more talented Manning brother was sidelined early in the season thanks to his two neck surgeries in 2011. Although the first was intended to only to keep him out of pre-season and the first few games, Peyton was benched for the entire season after a second operation. This didn’t help the Colts, who earned a 2-14 record, their worst season since 2001. Now they have a conundrum going into the NFL draft—do they stick with Manning, who is still owed $28 million after not playing this past year, or cut him loose and draft Stanford’s Andrew Luck with the #1 draft pick? Everything is still up in the air, thanks to the firing of head coach Jim Caldwell and a respectful, yet non-committal stance on Manning’s future with the team. Only time will tell. Or Rob Lowe will.

The player who created a cult of fans and brought them to the Sunday Night Lights: Tim Tebow

Who is amazed at the popularity of Tim Tebow? No one. He has easily been one of the most charismatic players in the NFL this year, both on the field and off the field. From the phenomenon of Tebowing to his fourth quarter heroics, good old Tim may have proved that he can play QB at the pro level. Well, maybe. Many of his heroics included him deciding to run instead of giving faith to his receivers and offensive line. He needs to grow out of this terrible habit. Especially when his receivers can do this. Then again, he’s Tim Tebow. He’s got God on his side.

The coach that took a team of scrubs and almost took them to the Super Bowl: Coach Jim Harbaugh, San Francisco 49ers.

There is only one phrase to explain the 49ers this season—better than good enough. And there is only one person to thank: coach Jim Harbuagh. One can argue that the team got better players, but that would be a lie. They had basically the same team, including semi-flop Alex Smith. All Harbuagh did was institute a new offensive scheme, change the locker room attitude, and spin the wheel. How’d that go? Well, the 49ers went 13-3, won the NFC West, and were a couple of lost kickoff returns from a Super Bowl. All in all they had great season, seeing as how they were projected to go 8-8 this year. So good for you, Harbuagh. No, you won’t get made fun of by big brother, John.

Now, for a look at the Super Bowl, a rematch and a chance at redemption. The New England Patriots and the New York Giants have been here before in 2008. On that day, the Giants walked away with the trophy, ruining the Pats’ chance at a perfect season and breaking this writer’s heart. Now, they have a chance at bringing home a fourth Lombardi trophy. For the Giants, this is the chance to prove that they are no fluke, that they didn’t just stumble into the play-offs, and that they earned their right to play. All I know is that February 5 is going to be a big night, and the only person who could really ruin it is Madonna.