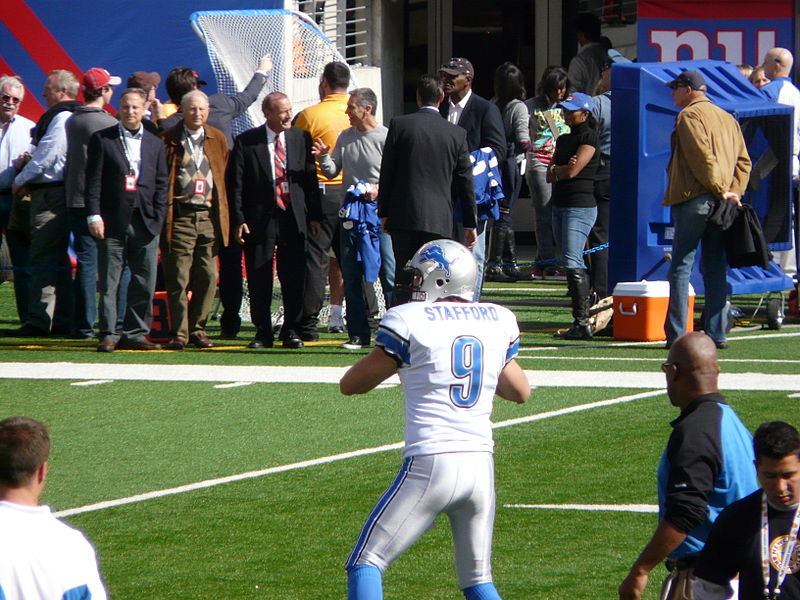 If one was to task a sports fan with creating a list of perennially bad sports franchises, this list would inevitably feature at least some of the following teams: MLB’s Pittsburgh Pirates and Florida Marlins, the NBA’s Los Angeles Clippers, the NHL’s Phoenix Coyotes and the NFL’s Oakland Raiders and Detroit Lions.

As the 2011 NFL season approaches its ninth week, it may be time to strike the Motor City’s sole football team from this list. After eight games, the upstart Lions are 6-2, the third best record in the league. Within their division, the NFC North, the Lions trail only the defending Super Bowl champions – the Green Bay Packers – who look nearly unstoppable at 7-0.

To understand why the Lions’ success this year is such a shock, one must look back to the 2008 NFL season. It was during this season that the Lions became the first team in NFL history to go a full season without a win, finishing the season 0-16. Among their defeats that year were a 34-7 routing from division rival the Chicago Bears, a 38-14 crushing from the Jacksonville Jaguars, a 47-10 thrashing on Thanksgiving from the Tennessee Titans and a ridiculous 42-7 loss to the New Orleans Saints in Detroit. Almost immediately after reaching – or is falling more appropriate? – to 0-16, the 2008 Lions were the consensus choice for the worst team in the sport’s history.

In fact, the next year was only a slight improvement as Detroit finished just 2-14. 2010 saw them finish a modest 6-10, earning a third place finish in the four-team NFC North.

Yet, it is this season that sees the Lions at their best in years. At 6-2, Detroit is certainly on pace for a playoff berth, their first since 1999. Among their six wins are victories over the Tampa Bay Buccaneers, the Dallas Cowboys and the Chicago Bears – none of which are easy opponents. Granted, the two best teams Detroit has played – the Atlanta Falcons and the San Francisco 49ers – have both been victorious over the Lions.

Much of the Lions’ success is attributable to the quarterback-wide receiver combination of Matthew Stafford and Calvin Johnson. Stafford, the third-year QB from Georgia, is finally at 100% and thriving; through eight games, he has thrown for nearly 2,220 yards and 19 touchdowns, setting him on pace for almost 4,000 yards and 40 touchdowns – MVP numbers by no stretch of the imagination. And then there is Johnson, long considered one of the most talented wide receivers in the league who previously underwhelmed due to poor QB play. Now though, with Stafford excelling, so too is Johnson; he is third in the league with 804 receiving yards, third with 47 receptions, and, most impressively, first with 11 touchdowns.

See highlights from the Lions’ week 3 victory over the Minnesota Vikings, which saw them win 26-23 in overtime after trailing 20-0.

The Lions’ home in Detroit, Ford Field, is packing in crowds for the first time in its 11-year history. Post-game celebrations in the locker room feature not just players and coaches, but local celebrities, including Kid Rock (yes, he counts as a celebrity). For once, the Detroit fans are being rewarded for their faith and finally being witness to exciting, well-executed and contender-caliber football.

By all accounts, the Lions do not have an easy second half schedule, with two games against the Packers and one against the Saints. But even if they lose all three, it is not unrealistic to imagine the Lions winning their other five remaining games. This would mean they would finish with an 11-5 record and surely mean that Detroit will qualify for the playoffs. If they do, even if only to crash and burn in the first round, it may just be one of the most impressive turnarounds in sports history.

Read more about the Lions here.

Ross- CAS '15 - is currently a political science major. Originally from Scotland, he has lived in the U.S. since the tender age of 3 1/2. Ross' interests, aside from politics, include The Smiths, soccer, French literature, travel, classic British films, and existentialism.

View all posts by Ross Ballantyne →

One Comment on “Who Are You and What’ve You Done With the Detroit Lions?”