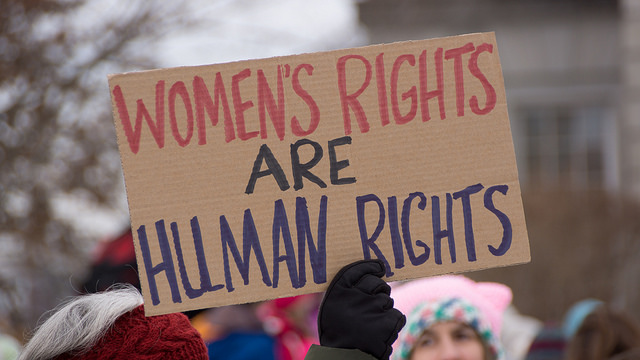 Unlike many moral dilemmas that we face, the issue of abortion is not merely an esoteric hypothetical situation but rather a very pressing reality for everyday non-academic women. In 2014, 652,639 legal abortions were reported in 49 states, according to the CDC, the Center for Disease Control and Prevention.

However, abortion seems to have become a dirty word, loaded with political meaning and devoid of any kind of nuance; you are either firmly against it or vehemently for it. It’s black and white.

But what if there was a gray area?

Are women supposed to align themselves with feminists who are pro-choice or anti-feminists that are pro-life? Can they be both?

Chad Andersson (CAS ’19) identifies as a feminist and says there is room for nuance.

“I think that someone’s justifications for why they are pro-life matters. I think if someone is pro-life due to religious beliefs, that is different from someone being pro-life because they’re like, you’re murdering a baby. I think that that matters,” Andersson said.

However, he believes that feminism would be different in an ideal world.

“I think that the answer to that question is a gray area. So in the ideal feminist world, yes all feminists are pro-choice,” he said.

Scholars have been debating the role of feminism in abortion since at least the beginning of legal abortion after Roe v. Wade.

However, young people can now enter the discussion. At no other time in history has information been so readily accessible to young people and especially to young women.

It is now considered cool to have opinions on such things. To demarcate oneself as either a liberal-feminist or a conservative woman is to join a never before seen plethora of online personalities that cater to your viewpoints. Tomi Lahren is a click away, but so is Feminista Jones.

Are we living in the age of echo chambers, ever eager to beat down the other side’s opinion before giving it the time it deserves? Particularly with the question of abortion, understanding the other’s side’s argument is so pertinent to achieving a solution to a mammoth that threatens to divide women against their own interests.

What if, instead of fighting to the death to defend our points of view, we reached a point of compromise upon the matter? As Katie Packer Beeson eloquently writes, we could come to an agreement to limit abortion to the first trimester and provide morning after pills.

Conservative women might not find it fits exactly with what they believe nor would liberals, but it would ostensibly reduce the number of abortions on average and save many mothers’ lives that would have been otherwise threatened by carrying a fetus to full-term.

Indeed, the very question of who can and cannot be called a feminist is tricky and reeks too much of an adherence to a cultural authority.

And I have to say, I agree. 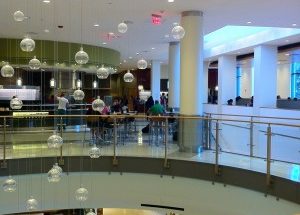 View all posts by Maneesha Khalae →