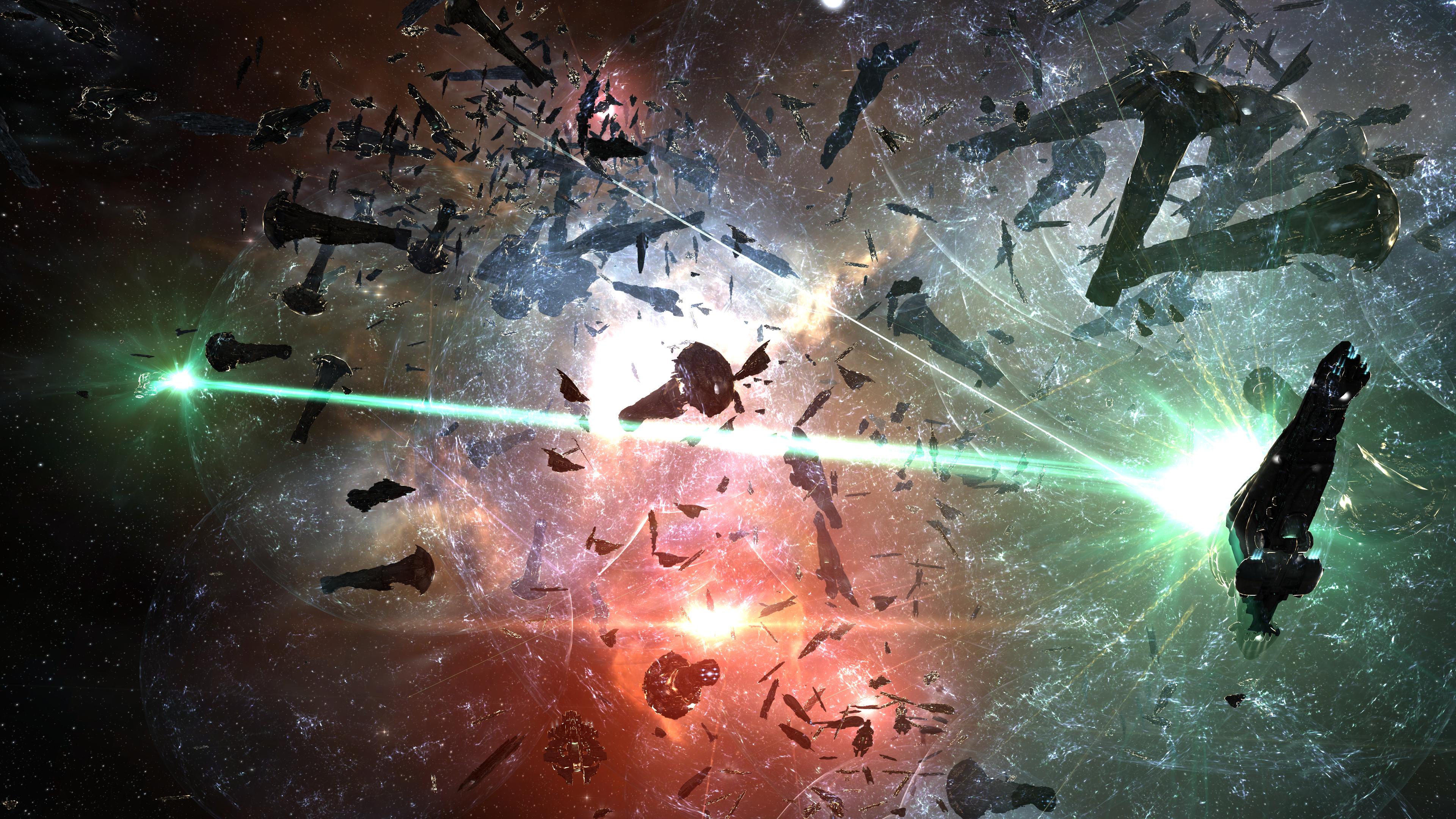 On January 27, the largest, most unbelievable battle in the history of video games took place. In EVE Online, an MMORPG (massively multiplayer online role playing game) where players are free to explore the galaxy, one player forgot to pay the bills for a star system, and all hell broke loose. After the end of the two day territory battle, it is estimated that the resulting damages in game currency were over 10 trillion, the equivalent of 300,000 U.S. dollars.

This event  provides a window into what is a very real world for these players. EVE Online boasts a robust virtual economy, one that sees so much traffic that the developers had to hire a real economist to help keep it functional. The battle itself was a result of in-game politics more so than anything else. Three “coalitions,” a term for player alliances that include hundreds of thousands of players–the N3, the CFC, and a group simply known as the Russians (EVE is known for its large number of Russian players)–participated in the battle.

EVE Online is a staggering example of the complexity MMORPGs offer players. The multifaceted politics and economics of this world raise an important question: How real are these games? After all, not only did this battle result in a massive loss of money, but also the loss of thousands of hours players dedicated to getting these virtual ships. In addition to the virtual monument floating where the battle took place, the developers have confirmed that a real life monument will be built in Iceland in dedication of the players. Even though it’s “just a game,” the time, money, and mental investment required to play it are very real. EVE Online isn’t the only game that is blurring the lines between virtual lives and real ones. Other MMOs are pushing the conventional boundaries of what defines a game.

“Honoring [the players] as part of a timeless monument shows how virtual lives and adventures have reached a new level of meaning and impact that weaves into and enhances those that happen in this world,” said Hilmar Veigar Petursson, the CEO of CCP (creator of EVE Online), about the Iceland monument. The monument, which will have the name of every EVE Online player carved into it, is perhaps the most potent–and to some most unsettling–physical representation of the power of these online communities.

One such community is centered around Diablo III, Blizzard Entertainment’s long awaited follow up to Diablo II. The premise is simple: kill monsters, get loot, and make a stronger character. It’s a formula to which every MMO conforms on some level, and yet one of the things that makes Diablo III special is its online marketplace. The marketplace is a space where players can trade weapons, armor, or any other in-game item. What makes it interesting is that a player can purchase these in-game goods using real life money, not just virtual coins.

PBS’s Idea Channel discussed how Diablo III’s approach to player ownership is bridging the gap between real economies and virtual ones. “Blizzard has essentially confirmed that in-game objects have real world value. From here the line between virtual economies and real ones will continue to get more pixely and weird,” they argued. Idea Channel raises a valid point. Since the provider of the content says it is a credible practice, then it is.

There are more nefarious examples of the influence virtual worlds hold in the real world than just the issue of ownership, however. In China, a small industry has sprung up around collecting in-game virtual gold and weapons from World of Warcraft, the most popular MMO currently running, and selling it to other players. An article in The Guardian explored the unique situation, stating, “It is estimated that 80% of all gold farmers are in China, and with the largest Internet population in the world, there are thought to be 100,000 full time gold farmers in the country.”

China deals with serious legal issues over the matter, but since there isn’t official regulation on the subject, there is little that can be done to stop it. These in-game products and goods have such a high demand that Chinese prisoners have been forced to collect these resources for resale, as stated in The Guardian. The very fact that these sort of operations exist shows that there is a very real demand for this content, a demand powerful enough that people go to inhumane levels to provide it.

EVE Online, Diablo III, and World of Warcraft are all examples of how MMO games have much stronger effects on their players than most people picture a video game having. These are worlds where players make organized attacks on in-game economies, ethical codes  are upheld, and massive warfare can take place all because someone forgot to pay a bill. EVE Online is perhaps the best representation of how virtual worlds are coming to not only have a stronger presence in the real world, but are also becoming more and more representative of it.

0 Comments on “The Weird and Amazing Worlds of MMORPGs”