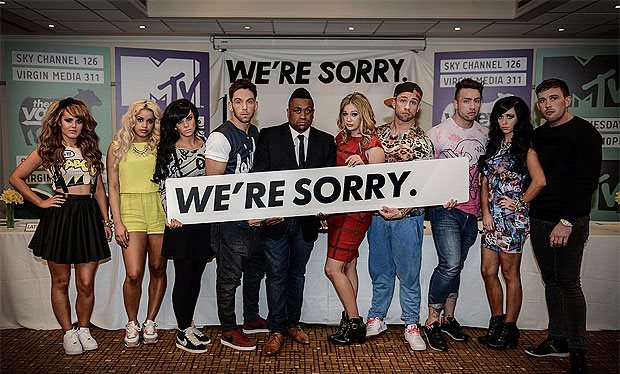 Quad Abroad is a column chronicling the adventures and observations of Quad writers as they study abroad. My post this week will be focusing on my host country for the semester, Ireland.

As a New Jersey native I have endured the obligatory “Oh, you’re from the Jersey shore? Are you a guido?” introduction far too many times. And as anyone from New Jersey will tell you, the geographic location of our birthplace does not, in fact, constitute our affinity for self-tanner and fist pumping. Ever since their creation, shows like Jersey Shore have made countless Americans hang their heads in shame and say to themselves, “This is why the rest of the world hates us.”

But what if we’re not the only ones entertained by the behavior of over-stimulated, overpaid partygoers? Since coming to Dublin, I have seen my fair share of reality TV from America, Ireland, and the U.K. All I can say is if we thought we aired people’s dirty laundry on national television, shows like Tallafornia and The Valleys bring reality TV to a whole new level.

Many Americans fear that other countries get a negative opinion of the U.S. based off of our popular television. And with the stars of Jersey Shore, Here Comes Honey Boo Boo, and Keeping Up with the Kardashians as our TV ambassadors, who can blame them? But the British TV shows I’ve seen since arriving in Dublin haven’t exactly been one scene of high tea after the other.

In fact, while many of these shows feature the same boozy, horny, famous-for-no-reason twenty-somethings as American shows, programs like The Valleys take the debauchery one step further: it turns out Ireland has a very different idea of censorship than America does. This means that when Lateysha gets a tattoo just (and I mean just) over her vagina, we see it. And when Natalee gets so drunk she spontaneously takes her shirt off, we see it. The swearing, the nudity, and the amount of sexual content go above and beyond anything on American televisions. If you thought Snooki was bad, the men and women on these shows will really make you cringe.

Far from looking down on American reality TV shows, many of the shows I’ve seen here are actually modeled after our shows, namely Jersey Shore. Tallafornia is considered “Ireland’s answer to Jersey Shore,” and I don’t think Geordie Shore‘s title is just a crazy coincidence.

Now, I’m not implying that something like The Real Housewives of Beverly Hills is now somehow less trashy just because Ireland and the U.K. have shows just like it. My point is rather that senseless behavior is not unique to particular regions, like the producers of these American shows would have their audiences believe by making the titles feature different cities. If that were true, I would actually be able to tell the difference between the cast members of all the different Real Housewives shows. Instead, their equally caddy, frivolous behavior all blends together into one class of people found not just all over the country, but apparently, all over the world.

The fact that Americans and Brits alike seem to enjoy this kind of television says a lot about our glamorization of fame as well as our celebrity Shadenfreude. And trashy as the shows may be, all around the world, we all have our guilty pleasures.

There is one positive to take away from the spread of this kind of entertainment. As someone who is constantly paranoid that I’m being “that annoying American” and fulfilling every American stereotype, it’s comforting to know that this tendency of ours isn’t a national disease. Or if it is, at least we’re taking down the rest of the world with us. God Bless America.