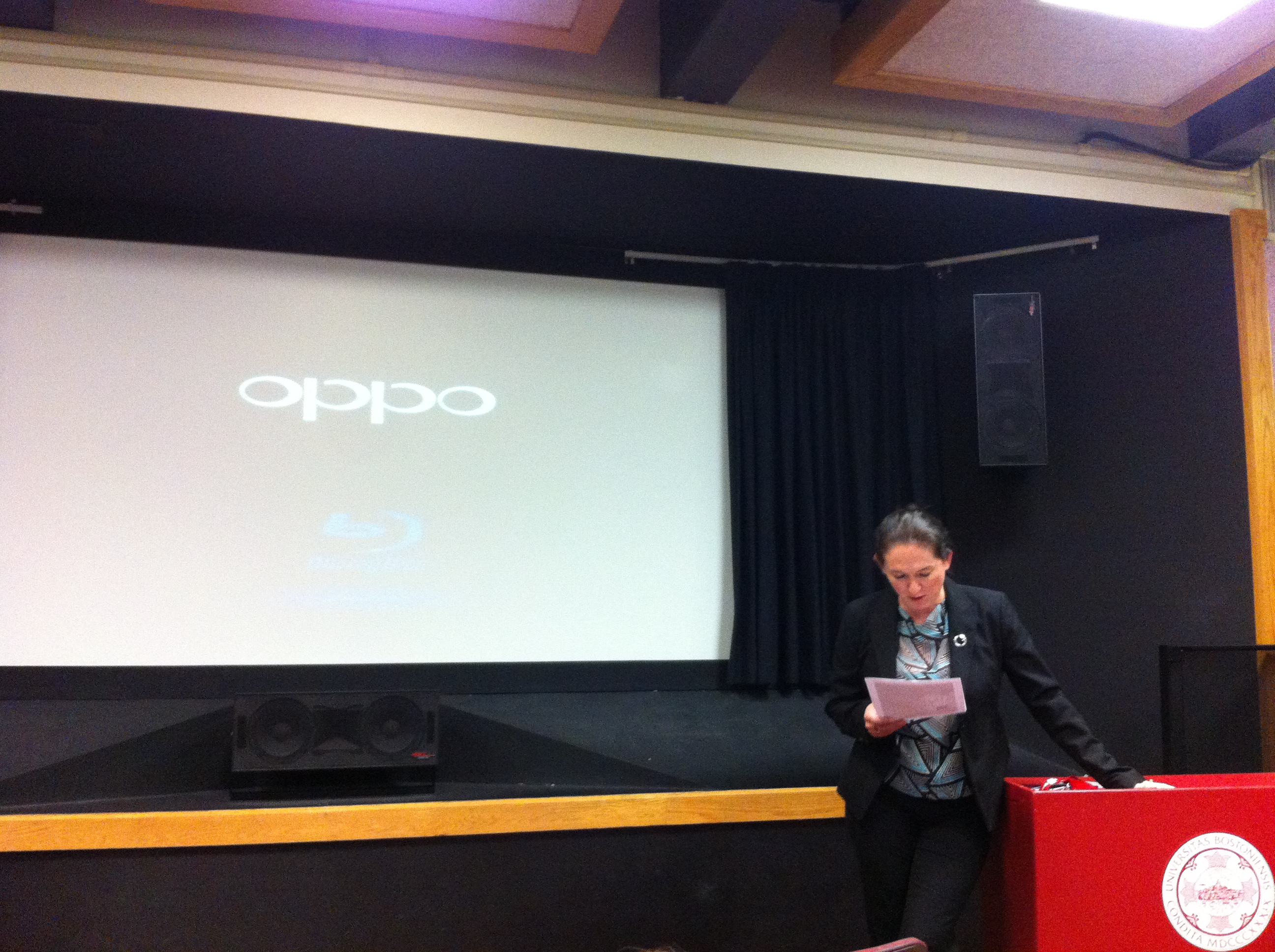 Escape From Tomorrow, the directorial debut from Randy Moore, tells the story of an average family on vacation at Disney World. The only problem is that Jim, the father, just found out he’s been fired. And his marriage is failing. And his kids are a little creepy. And he’s caught in a surreal nightmare of a vacation.

Escape from Tomorrow successfully manages to turn the image of the iconic American family on the iconic family vacation into a living nightmare. Moore’s decision to shoot the film in black and white makes every scene that the dysfunctional family is in just a little more unsettling. As the movie moves along, it throws in a creepy soundtrack and increases the contrast to the point where it looks like an old fashioned noir flick. It’s both humorous and unnerving to see shots where normal family life is going on, yet everything about the editing and production suggests that we’re actually watching a horror movie.

You know those movies that are so nonsensical and ludicrous that the best advice you can give someone about it is: just go with it? This is one of those movies. Jim spends most of his Disney World experience lusting after a pair of french teens and being a generally poor father. Beyond that, the movie crosses into the realm of weird. Scenes that you think are actually happening turn out to be imaginary, and scenes that seem like they must be imaginary turn out to be real. There are princesses, witches, a robot, and one very nasty case of cat flu. Like a lot of Indie movies, this is a film that concerns itself more so with theme rather than plot. If a cohesive, linear story is what you’re looking for, then this movie may not be your cup of tea. If you’re open to a movie that takes a close look into our obsession with entertainment and maintaining the image of being a functional family, then you’ll want to consider giving it a view.

Shown in the basement of the COM building, the film received a mixed reception from students. Danny McCarthy (COM ’17) commended the film for its “fantastic cinematography,” yet criticized it for otherwise being “mind-numbing.” Despite the tepid response, it’s reassuring to see that BU is taking notice of these smaller, more niche films. When these indie movies have such limited releases, it’s important that they are able to reach as many viewers as possible. While certainly not for everybody, movies like Escape From Tomorrow deserve a chance. They’re weird, they’re offbeat, and they’re difficult to get into. But given the chance, one might also find that they are thoughtful, provocative, and just a little wonderful.