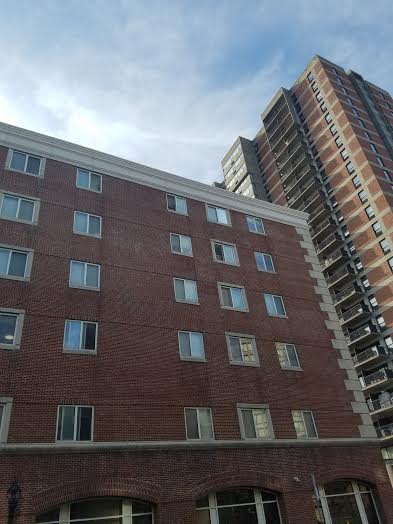 A non-refundable $600 housing deposit was due last week, leaving some Boston University students wondering where the money is going.

“The $600 goes towards the room charges, it is not an additional fee,” said Paul Riel, the Associate Vice President of Auxiliary Service in an email. The room charges are the payments for housing that appears on the Student Link.

However, the housing prices for on-campus living can be comparably expensive to off-campus options.

Housing rates vary depending on the location, but according to Riley, it is expensive particularly since Boston is in the Northeast. The cost of living is based on several factors such as maintaining operations, paying employees and utilities.

The housing staff is aware of the expenses of living, and tries to keep price increases to a minimum. Colin Riley, a BU spokesperson, said BU has a “strong record” for maintaining its tuition and other costs increases at a lower price than other comparable four-year schools in the nation.

“A lot of it has been reducing costs, reducing energy consumption, becoming more sustainable,” said Riley.

The City of Boston is working to retain the number of students living on college campuses. The 2018 update for the Housing Boston Plan states that “students have long placed pressure on housing markets” in neighborhoods. Two of those neighborhoods, Fenway and Allston/Brighton, are near BU’s campus.

In the specific goals of the plan, the City of Boston wants to reduce the number of undergrads who are in the rental housing market and who are living off campus to less than 12,000.

Boston University also wants students on campus. First year students are required to live on campus in order to ease their transition into the life of a college student.

“What we’ve documented over the years is that [freshman] do better academically, and our retention for our freshman and sophomore year has shown that it has a positive impact,” said Riley. “Just think of it to be disciplined, to understand the investment you’re making and the sacrifice you’re making and your parents are making and others on your behalf.”

“The benefit of living in the core campus is the access to our libraries, to the Fit Rec center, to classrooms, to other activities in the student union that you may participate in. It’s much easier than commuting, believe me,” said Riley. “I had 8 a.m. classes and I had to get on the subway.”

Boston University offers several locations for student housing, and  according to Riley, BU typically works on them over the summer while the majority of students are on break. Riley was not aware of any future summer renovations plans.

“It’s an ongoing basis, they know what needs to be done and they get it in a queue,” said Riley. “ We have 15 million square feet on campus so there’s always something that’s in the queue for regular maintenance or upgrading, whether it’s a much larger renovation or restoration.”

In addition to the resident assistants, there is also 24 hour security and live-in faculty in the dorms. The university works to maintain costs such heating and cooling of student residences. Boston’s housing market can affect these prices.

Included in the cost of housing is a meal plan. For freshman Emma Schmidt who lives in Sleeper Hall on West Campus, the mandatory meal plan doesn’t seem necessary after the first year.

“I think it’s okay for adjusting freshman but after that it’s stupid,” said Schmidt. “All the meal plans are like the same price except the unlimited, but that’s a small amount larger. You’d think they’d have a lower option.”

“What I’m not okay with is the singular water fountain on the bottom floor, “ said Schmidt. “I don’t think it’s crazy to have one on every floor, and even like the recycling bins. They’re all about sustainability and they only have recycling bins on the second floor.”

Due to the global coronavirus pandemic, BU has decided to postpone room selection. According to the BU housing portal, all internal selection and community selection dates are to be determined. They sent out an email to students alerting them to the changes on March 16.

View all posts by Colbi Edmonds →