There are many benefits to a Halloween costume. Not only does it provide you with an easy ice-breaker at Halloweekend parties, but according to 16th-century folklore, a good spooky costume keeps you safe when the spirits of the dead roam the earth on All Hallows’ Eve. It’s also just fun to make a fool out of yourself every once in a while.

However, the prices of some of the more elaborate Halloween costumes can effectively murder your budget.

But have no fear; We’ve got you covered. Here are seven options for a last-minute budget-friendly Halloween costume. Each one is based on a current horror movies playing in theaters, that way you’ll come across as spooky and cultured.

In the 1890s, two lighthouse keepers (Robert Pattinson and Willem Defoe) are assigned to a small island in the middle of the harsh Atlantic. The boat to pick them up again will come in four weeks, but with nothing to do except tend the light and watch the seagulls, four weeks is an awfully long time—especially if you don’t get along with your co-worker.

To turn into a lighthouse keeper, simply don your rain coat, step into your boots and adopt a nearly unintelligible seafarer’s accent. You’re good to go. Just be sure to keep an eye out for any mermaids…

Ten years after the success of “Zombieland,” Woody Harrelson, Jesse Eisenberg, Emma Stone and Abigail Breslin are reunited as your favorite sarcastic zombie killers. They’ve long since mastered the rules of the post-apocalyptic world; now, the greater challenge is to not murder the other survivors, least of all each other.

Rule #1 for the post-apocalypse look is to wear:

a) something made from leather (jacket, boots, vest, etc.)

b) something athletic (sneakers, sweaters, leggings)

d) a combination of all of the above.

Rule #2 is to get a bag and stuff it with as many Twinkies as you can.

The sequel to “Maleficient” (2014) follows the coolest fairy godmother, Maleficient (Angelina Jolie) as she tries to prevent her goddaughter, Princess Aurora, from marrying Prince Phillip, who may or may not have very shady intentions.

Demonic horns and bat wings might be a bit hard to come by, however, you can easily transform yourself into Diaval, Maleficient’s faithful raven informer. In his human shape, Diaval favors black shirts and pants, as well as a dramatic black coat. You can also caw every now and then for good measure.

The creepy, kooky, mysterious and spooky Addams Family is back! They fully embrace their weirdness, but the small town has a harder time in accepting them for who they are. As a TV host tries to forcefully change the Addams family into what is deemed “normal,” she soon finds that she has bitten off way more than she can chew.

This costume advice is actually from Wednesday Addams herself. Just dress as you usually do and when some perplexed party-goer asks you what you are, you just answer: “I’m a homicidal maniac; they look just like anyone else.”

Arthur Fleck (Joaquin Phoenix) is a clown-for-hire, who dreams of becoming a TV comedian. Yet, as of now, he is impoverished and regularly gets beaten up. To make things worse, he also has an uncontrollable laughing disorder. The only way to change his life is to take matters into his own hands…

This Halloween is guaranteed to have a ton of Jokers. An easy way to stand out from the crowd, however, is to go as one of the Joker’s angry supporters. All you have to do is draw a wide smile with some lipstick.

There’s a new app that predicts the exact second you’ll die. For some, that might be 70 years from now, for others 55, but what if your timer is set for 2 days? As the teenagers try to avoid their fate, they realize that they might be up against more than just a simple algorithm.

This is an easy one. Just set a timer on your phone. Make sure it’ll last you through the night, though.

Last, but not least, this is a beautiful and insightful documentary about Ridley Scott’s “Alien” (1979), one of the most influential space-horror films of all time. I recommend you see “Alien” before you see “Memory,” but it is definitely worth the trip to the Brattle Theatre to explore our deep-set fascination with space and extra-terrestrial life.

For this costume you have to sacrifice one of your T-shirts. Cut a small hole into it right about by your bellybutton, then put a red sock over your hand. Now you can scare people by having your sock puppet burst through your stomach, just like in the infamous chest-bursting scene. For better results, don’t shy away from sound-effects.

For further inspiration, all these films are currently playing either at AMC Boston Common or at Regal Fenway, except for “Memory: The Origins of Alien,” which is exclusively shown at the Brattle Theatre. 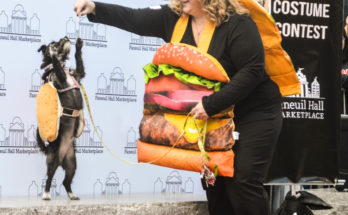 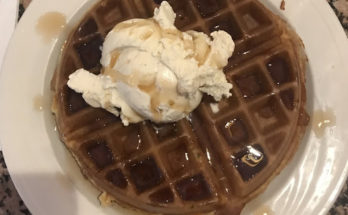 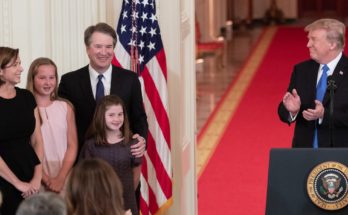