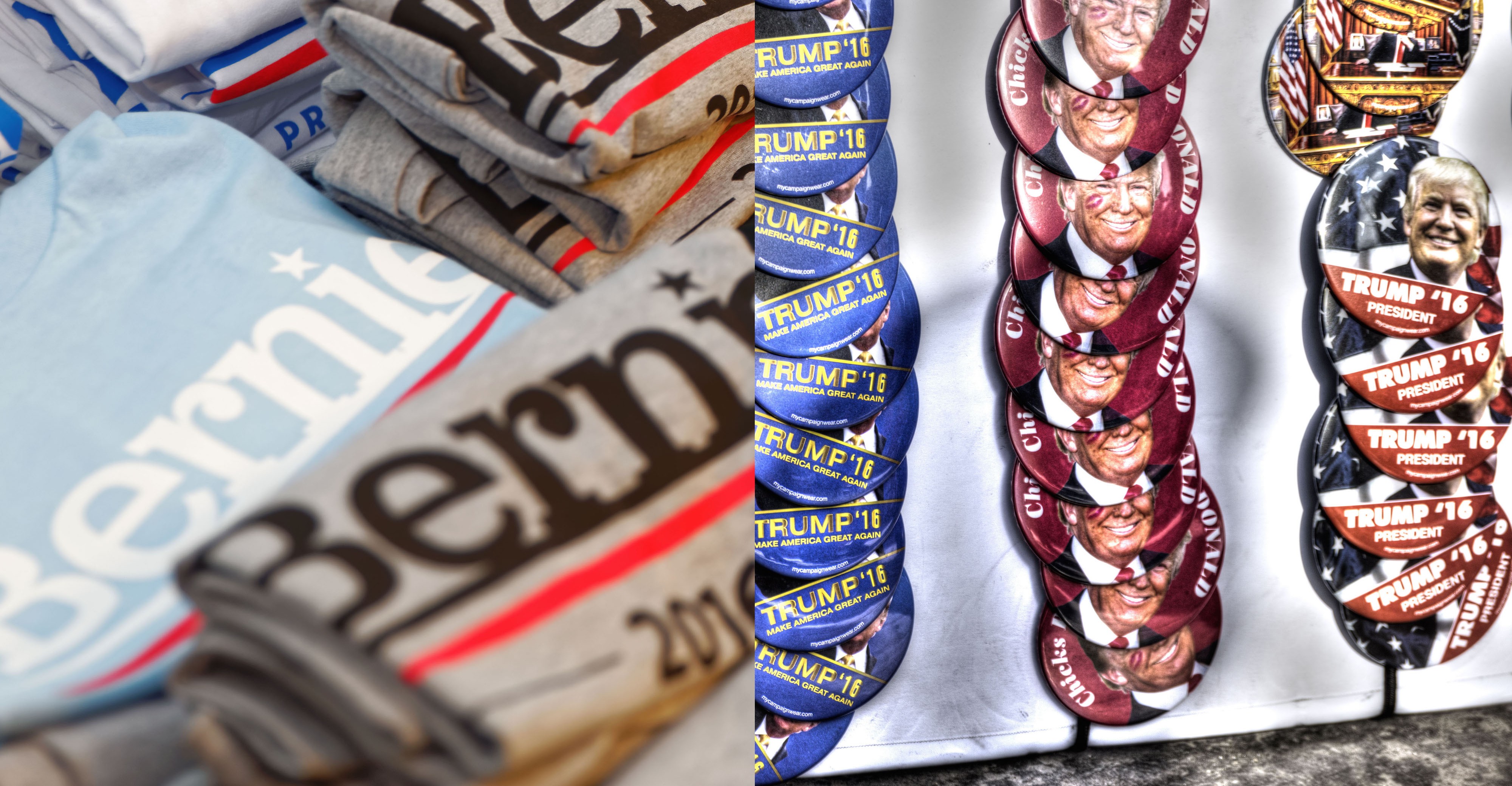 The results at the Feb. 9 New Hampshire primaries were predictable for the past month, but would have been unthinkable a year ago.  Bernie Sanders and Donald Trump, the firebrand candidates with super-distinct hair, won the most delegates in their respective parties by a wide margin.

While it’s still early in the election, the New Hampshire primary has given Sanders and Trump the legitimacy that many party leaders feared they would receive.  And the results in this first primary could have a big effect on the Democrat and Republican races going forward.

Despite the enthusiasm of their party bases, the RNC and leading Republicans have staunchly opposed a Trump nomination just as the DNC and Hillary Clinton have sought to avoid a Bernie nomination.

It’s understandable that party leaders are so opposed to Trump and Sanders.

There are few people more qualified on paper to be President of the United States than former Secretary of State Hillary Clinton.  But that might be what voters hate about her so much.

There are few candidates who appear less presidential at first glance than Bernie Sanders, a 76-year-old socialist with chronically disheveled hair.  And that’s what voters love about him.

Donald Trump, who has never held public office and has been rebuked by almost every leader in the GOP, loves saying that he is the most qualified candidate.  Clearly, voters find Trump’s self-confidence reassuring in his abilities.

Trump and Sanders are so far to the right and left, respectively, that they have members of their own party accusing them of going too far.

Sanders has a healthcare plan that’s too socialist for many Democrats, and Trump’s immigration and tax cut plans are too hardline for a lot of Republicans.

Democrats from Bill Clinton to Nancy Pelosi have roundly criticized Sanders’s proposed single-payer healthcare plan as too rapid a growth in the federal government and an abandonment of President Obama’s signature healthcare legislation.

Republicans like House Speaker Paul Ryan and Glenn Beck have dug into Trump for his seeming lack of consistency.

But now, it will be hard for both parties to argue with the voters.  Populism is getting the last word, and a major political upset might actually be good for everyone in the long run.

Shakeups and challenges are healthy for democracy.

These candidates might be ridiculed by their opponents and moderates, but they are winning polls because voters approve of them.  They must be doing- or at least presenting- something right.

If this fiery saga of an election has accomplished anything, it has attracted attention. Politics has gotten undeniably more exciting with Trump and Sanders in the race, and more people than ever are now interested in the presidential race.

According to a recent survey by Pew Research, 74 percent of Americans say they “have given a lot or some thought” to the presidential candidates, a sharp increase from the 2012 and 2008 elections

About 67 percent of Americans describe the 2016 presidential campaign as “interesting”- a big jump from only 36 percent in 2012 and 37 percent in 2008.  That says a lot, because elections are not known for attracting the unwavering attention of audiences- especially when they have to compete with a new season of The Walking Dead.

Whoever is directing this show should be promoted.

In New Hampshire, we saw that controversy and firebrand candidates attract voters.  Going forward, the remaining candidates in both parties might have to adopt a more populist tone to compete.

More interest in the presidential election is a major step forward.  Democracy can’t survive if voters are zoned out, and we need the occasional Donald Trump to wake us up.  And if he’s good at anything, it’s attracting attention.

The country just needs a good populist punch in the face.

The only thing missing from a more engaged American audience is constructive debate that produces real solutions.  But we can expect that with more eyes and ears on the candidates, the plot will begin to develop.

View all posts by Jimmy King →