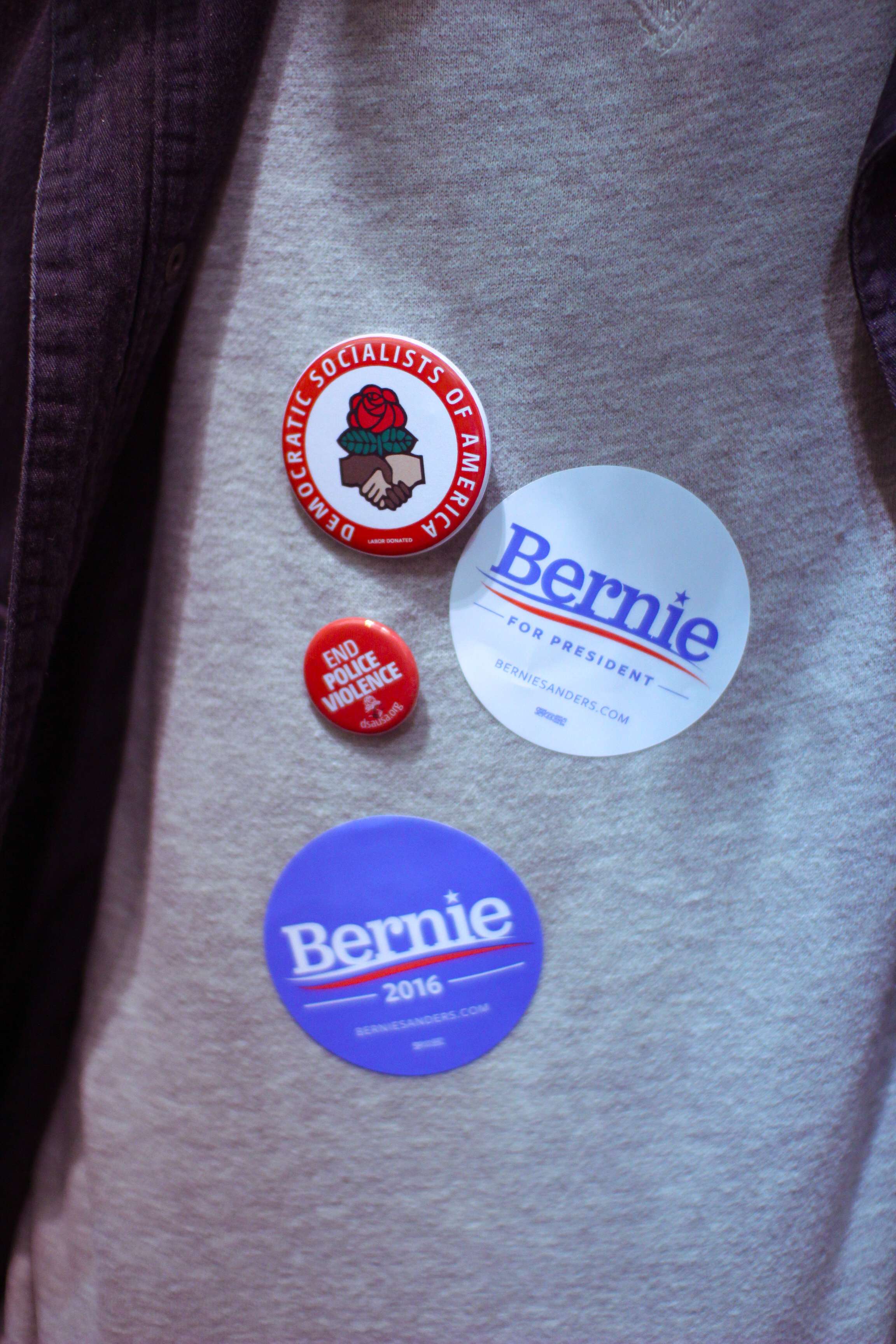 More than 20,000 people attended the rally for Senator Bernie Sanders at the Boston Convention center Saturday evening, unified to support the only candidate who has made the centerpiece of his campaign the issue of income inequality in the United States.

“I do not represent the agenda of the millionaire class or the corporations,” said Sanders as he addressed the booming crowd. “We have what millionaires don’t, just look around this room.”

This statement caused an uproar, as hundreds of “Bernie 2016” signs shot up in the air with approval. Sanders’ unique ability to create camaraderie within his supporters is dependent on his constant relation of his policies to the distribution of wealth in this country.

Sanders stressed issues such as institutional racism, college tuition and debt, climate change, and mass incarceration. He presented the information on each issue concisely, and related each problem in his platform back to America’s enormous income gap.

“When he started talking about minimum wages and poverty, I didn’t know at first if I would be able to relate to those issues because I am a college student,” said Vanessa Kuria (COM ’18), an attendee of the rally. “But then he began to stress the issue of young unemployment, to our generation, and I really listened.”

As an African-American, Kuria was saddened to hear that the unemployment rate for African-American youth was at 51 percent, and for all young people ages 17 to 20 it is 33 percent. Sanders stressed the problem with these rates as an indicator of a generation failed by its government. He also attributed the lack of jobs with a correlation to the interests of the 1 percent, as corporations are outsourcing jobs with the support of the U.S. government through tax breaks and subsidies.

In an hour and a half’s time, Sanders explained that the government’s concerns and solutions are mostly short-term, leaving the nation’s newer generations to have to suffer in the future. He also stressed that many government processes are heavily influenced by Wall Street and corporations, putting the money first and the citizens second. He wants to bring the government away from fiscal corruption, but calls on the American people to make sure to use their votes to get the attention they deserve.

Jake Brewer (CAS ’17) noted that it’s not that simple. “I’ve been to political rallies before, and for a candidate like Bernie this is an amazing turnout, I’m so happy with how many people are here. But the problem is that most of them won’t vote.”

This is a sad truth about the positive excitement of Bernie supporters. Attending the rally and brandishing signs that say “Feel the Bern” and “Yearnin for a Bernin’” will only raise awareness, while a vote is the only power one has to put Bernie in the White House. Many hope that Bernie’s honest faith in the younger generation will inspire America’s youth to register to vote.

A majority of the Boston rally volunteers were local college students, giving up their afternoons to sign in attendees and give out “Bernie 2016” stickers. Students gave up their entire Saturday to aid the campaign locally, bringing many familiar Boston University faces to the front of a national campaign.

Even if your candidate of choice is not Bernie, if you are over 18 and an American citizen, you should register to vote, and vote in the primary elections. Exercising your right to vote has an impact on who the presidential candidates will be in 2016.

View all posts by Olivia Costanzo →