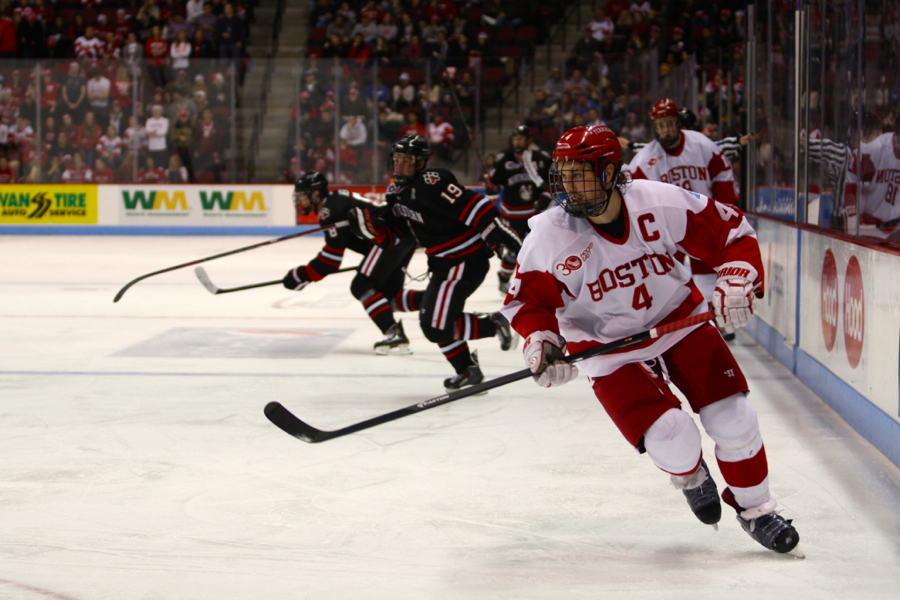 After 40 years of coaching BU’s men’s hockey team to three national championships, 21 Beanpot titles, and nearly 900 wins, Jack Parker decided the 2012-2013 season was his last. Coach Parker’s number 6 was retired during the first intermission of BU’s game against Northeastern on Friday night.

Miraculously, BU beat Northeastern 4-1. It’s been a tough season with a disappointing record of 9-20-4. Student support has dwindled since the start—barely a sound can be heard from Section 108 (don’t worry, you can join us in Section 118 to partake in the ever-amusing Dog Pound chants). That said, this game was not one to be missed. The game was full of energy and outstanding plays: two Terrier goals scored 25 seconds apart, an empty-netter, and plenty of penalties (in true BU fashion). Below are some of the shots from Friday night.

All photos by Hanna Klein. 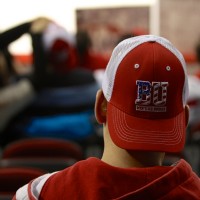 Section 118, known as the Dog Pound, was louder than ever 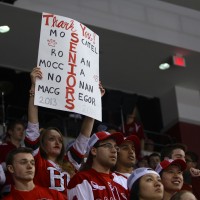 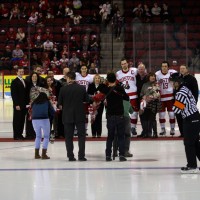 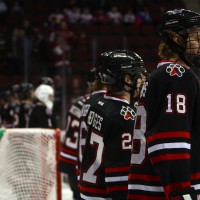 Northeastern came into the game with a little too much confidence 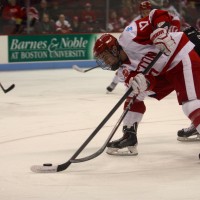 Evan Rodrigues tries to set up a goal 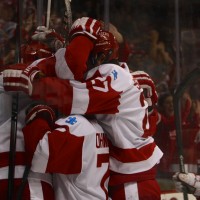 The players celebrate a goal during the first period 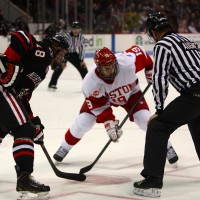 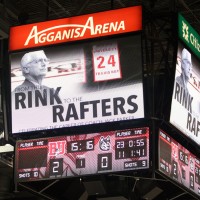 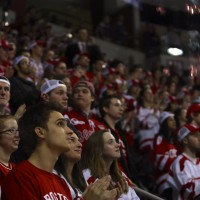 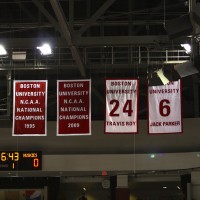 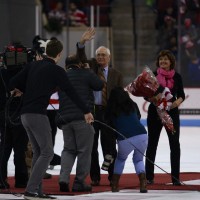 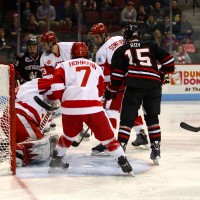 Sean Maguire tends the goal despite the crowd 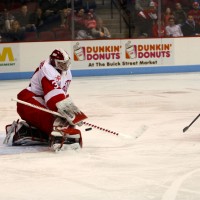 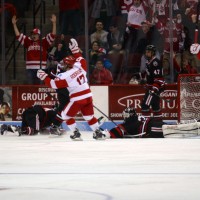 Rodrigues celebrates a goal from Baillargeon 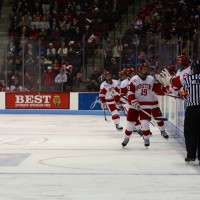 Baillargeon’s goal brings the score to 3-0 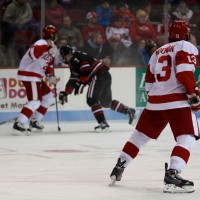 Captain Garrett Noonan gets into position as defense 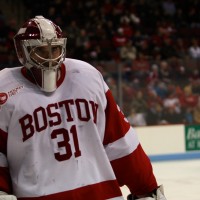 Maguire takes a breather during the setup of a faceoff 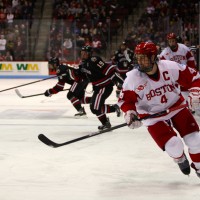 MacGregor rushes down the ice ahead of the NU offense 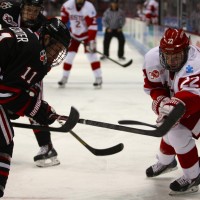 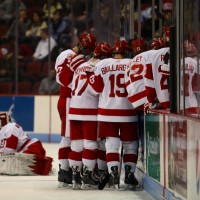 BU takes a timeout minutes before the end of the game 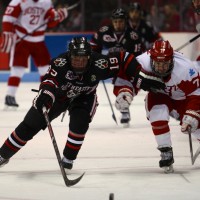 Cason Hohmann tries to beat a NU player to the puck 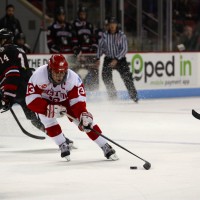 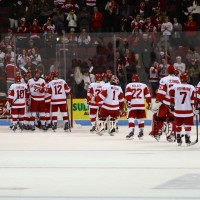 The team celebrates its first victory in over a month 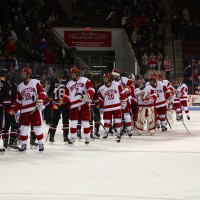 Both teams take part in the traditional handshake line

BU beat Northeastern again on Saturday night for a weekend sweep, with a final score of 4-2.

Hanna Klein (COM'15) is a photographer for The Quad, studying advertising. She is an expatriate and while she doesn't know where "home" is, she likes to claim Chicago as her own. When she isn't suffering from wanderlust, Hanna likes to listen to the most obscure music she can find and admire hockey players.

View all posts by Hanna Klein →