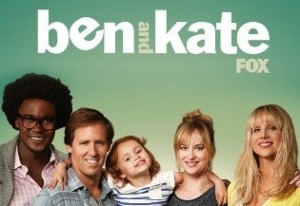 With the success (however marginal) of shows like Cougar Town and Happy Endings, low-concept hangout sitcoms have made a comeback on network TV. Television comedies often benefit from very open-ended, low-concept premises because they give writers more room to breathe. Just having a group of likable characters bouncing off of each other can be enough to have a successful show. Sitcoms have always benefitted from a low-concept, go with the flow attitude. Cheers, arguably the best TV comedy of all time, was just a bunch of people hanging out in a bar. No inciting incident needed—just interesting personalities coming together in a room.

This simplicity is often overlooked in this day and age. Executives can be too focused on a show having a hook, some kind of premise to grab the viewer immediately, to persuade them to watch that show. As a result, zany, high-concept and ultimately unsustainable premises get lots of attention from networks (like say, a sitcom with a monkey as a star). A funny initial premise is good for a laugh usually, but too often it ties characters down into a set dynamic. In reality, sitcoms have to be versatile and open to change. Just look at a show like Community. What began as largely the story of a jaded Jeff Winger learning to be a little less jaded with the help of his misfit study group became a fully drawn ensemble comedy, with every member of the study group going through some kind of story arc. Happy Endings began with Alex leaving Dave at the alter, and the show now often uses that premise as a punchline. Usually shows, especially sitcoms, need time to find

their footing, which is why tying a show down with a high-concept premise usually doesn’t garner the best long-term results.

FOX’s Ben and Kate seems to understand this concept very well. Starring Nat Faxon (writing partner and co-Oscar winner of Community’s Jim Rash) and Dakota Johnson, Ben and Kate is simply the story of a brother who never quite grew up and is moving back in with his single mom sister who grew up too fast. Before you immediately jump to the conclusion that this is a hack premise and an outdated idea for a show, what Ben and Kate lacks in concept, it more than makes up for in writing and chemistry. Faxon and Johnson are fantastic as the titular brother and sister, bringing a lived-in quality to the relationship that never rings false. Also co-starring is the hilarious Lucy Punch (Bad Teacher) as Kate’s friend B.J. and Echo Kellum as Ben’s longtime buddy Tommy. This cast bounces off of each other really well, and while the stories they tell are generally your standard sitcom fare, the show’s energy has a pleasantly offbeat feeling.

Sometimes a show doesn’t have to mess with the format of TV to get your attention. You don’t always have to break the mold like a Louie or make genre a variable like on Community. Sometimes creating a pleasant world populated with funny and interesting characters is enough.

View all posts by Adrian Burke →