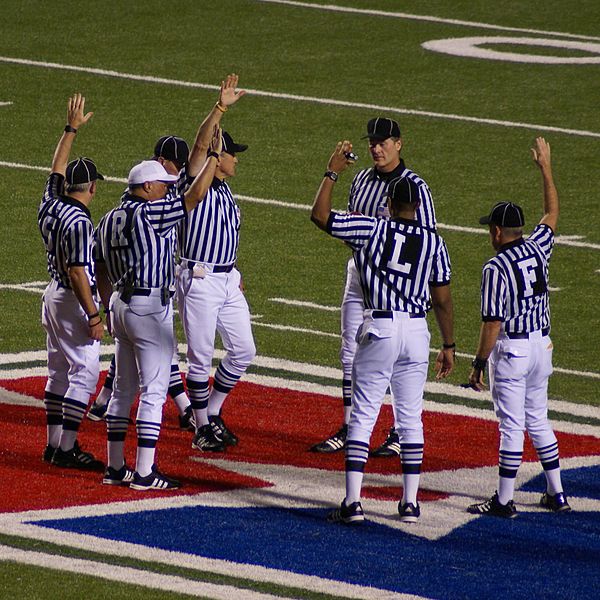 The worst lockout in sports has finally ended after negotiations from both sides agreed to a settlement that benefits everyone. Today, fans everywhere rejoiced and order has been restored. Hold on hockey fans, those boys are still locked out. We’re talking about the refs, ladies and gentlemen.

Yes, the great NFL referee lockout of 2012 has officially ended after four months. With Thursday night’s Ravens-Browns game, the NFL will be back to real business with real referees, instead of the pretenders.

Now, there are the questions, like what was this all about? Well, the NFL Referee association wanted their demands to be

understood and met, like any locked out union does. Their issues were four simple things: retirement plans, additional crews, salaries, and full-time employment, since most referees are part-time. The core dispute was about the retirement plans, as the referees wanted a pension, so the league could not leave them on the hook for more money, through a 401(k).

Since the league could not reach an agreement in June, they began to hire replacement officials in the same month. And here is where the title comes in. See, the replacement officials became all anyone could talk about once fall came around due to the poor, disorderly state of game management that they instilled.

In order of the season so far, we have the four false starts that were not called by the replacements during the 49ers-Packers game. On week two, there was the referee taken off the Saints-Panthers game due to his fan-ship for the Saints. And finally, during week three, even more fiascos ensued. There is the hit on Oakland Raiders wide receiver Darius Heyward-Bey, which went undisciplined (until Wednesday) during the Raiders-Steelers game, which put the player in the hospital. Don’t forget the last play of the Packers-Seahawks game, now nicknamed the “Fail Mary,” in which an interception was improperly called a touchdown, winning the Seahawks the game.

These incidents have not gone unnoticed or unspoken of. Players, journalists, and even coaches have been very outspoken about what has happened. South Park (spoiler) parodied it in their midseason premiere. Of the reactions, Patriots linebacker Brandon Spikes’ comment after his team’s horribly-called loss to the Ravens is both witty and accurate:

They finally broke the camel’s back. The NFL, realizing how much bad press they have built in the past couple of weeks, gave in to the referees and let them back in. This isn’t to say that the mistakes won’t keep coming. Referees are human and make bad calls, but not as frequently as the past three weeks.

Nonetheless, they will restore the proper order of the game. They will bring back calm amongst a sea of disorder. And more importantly, the scabs will go back to their day jobs, and that’s the most important thing. Now, who’s ready for some football?

One Comment on “And Now Back To Real Football”