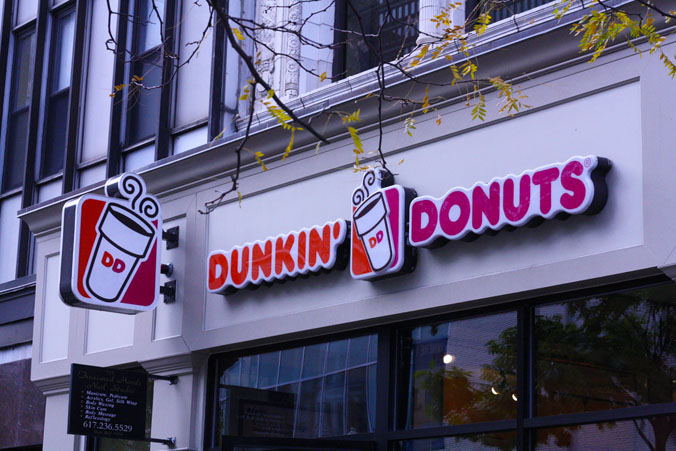 As someone born and raised in the heart of Los Angeles, I really didn’t know what I was getting myself into when I accepted my offer from Boston University. Since my transition to the East Coast, I’ve spent these past two months reflecting on this newfound culture and way of life. Culture shock? Okay, so maybe that’s a bit of an overstatement, but life on the other side has certainly proven to have its own unique charm.

Stop signal means STOP, people. This was probably the most terrifying experience for me during my first week in Boston. Back in LA, people actually wait for the crossing signs to say “walk,” so they don’t die and stuff, you know? Over here, people seem to mindlessly walk to the other side showing no regard for what the crossing sign says. During orientation, I distinctly remember one person crossing a major intersection when the sign said “stop,” leading a group of about 50 people to follow after him, which caused the intersection to erupt in furious honking and profanity. It was insane. However, I’ll admit I’ve already grown accustomed to ignoring the signs as well, so if at some point during the year I’m sporting crutches or a neck brace, I blame Boston for teaching me this bad habit.

The T. I’m absolutely convinced that the T is the coolest thing I’ve ever seen. EVER. Coming from a city notorious for its awful public transportation, the T is like a godsend. Unfortunately, LA is far too extensive to serve even a quarter of the city with an underground subway system. My only problem with the T is how early it stops running, especially on those Saturday nights when I need to get back to my building after a hard night of… studying (no, really).

Young blood. I suppose this should’ve been a no-brainer for me even before my arrival in Boston, but it still amazes me just how many young people there are in every little nook and cranny of the city. Unlike Boston, LA isn’t noted for boasting as wide a range of colleges and universities, so I’ve grown accustomed to seeing elderly people throughout the course of my day. In Boston, however, being exposed to so many college-going students like myself has been a rather unusual experience.

One-way streets. It sort of blew my mind the first time I saw one of these. I couldn’t wrap my mind around the concept. I mean, really, a one-way street?! That’s so weird. It was also incredibly frightening that one time I made a wrong turn while biking, ending up on a one-way street with the flow of traffic in the opposite direction. It’s not fun; don’t do it.

Dunkin’ Donuts. As soon as I stepped off the plane and worked my way to the baggage claim at Logan International Airport, the first sight that caught my eye was a Dunkin’ Donuts. Then I stepped outside the airport and walked a few blocks down, only to find another Dunkin’ Donuts! For a smaller city like Boston, the number of Dunkin’ Donuts within close proximity of each other is a bit ridiculous. But hey, who doesn’t like donuts?

Bike friendly. As an avid biker back home, I was very pleased to see that Boston offers a generous chunk of the road for the bike lane. This often isn’t the case in LA, and I’m usually forced to squeeze in with cars or hog the sidewalk, which makes biking significantly more dangerous. Considering that I have back-to-back classes in West Campus and East Campus throughout the week, investing in a bike was necessary. Besides, nothing beats spending a lazy Sunday afternoon biking around the picturesque city of Boston.

While I’ve only experienced life on the East Coast for two months so far, I’ve grown to really love Boston and the cultural differences that come with it. Don’t get me wrong, though: once basketball season rolls around, I’ll be sporting my Lakers jersey with pride!

Marry is a Los Angeles-native who studies at BU's College of Communication. She has over 30 striped articles of clothing in her closet and enjoys long bike rides along the Charles River while listening to the same records on loop.

View all posts by Marry Pivazian →

4 Comments on “Life On The Other Side: Reflections From a Native West Coaster”