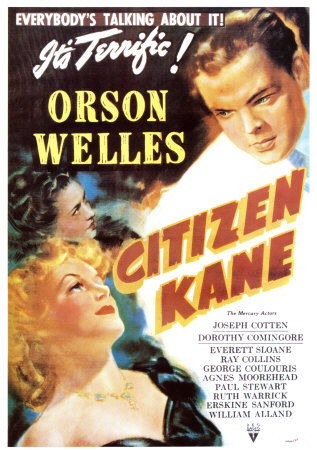 I can feel it in my bones, cheapies—summer is sputtering out its final notes, snuffed out by the impending crunch of fallen leaves and crumpled term papers (too morbid?). Upon your illustrious return to BU, cheapskates, you’ll find the familiar wash of campus-side freebies and giveaways from every department under the Terrier sun. But perhaps you’re looking to get your free on aloof from the freshmen onslaught? Summer might be on its last legs, but there’s just enough gas left to see you entertained on the cheap out in the wilds that lie beyond the BU borders.

If one day of the week was ever a drunk uncle who shows up famished to every potluck without even the decency to pick up some 7-11 potato salad, that day would be Tuesday. Honestly, Mr. Tues, you’re leaving quite a bit of slack to be picked up by your seis amigos. Sure, I could list Kings College Night here for the fiftieth time—free pool and bowling every Tuesday after 9 PM for 21+ with a student ID—but it shames me so. And on the last week of summer, no less! I say we shave it down to a six-day semana from now on, eh?

Alright here’s a weekly standard I’ll still stand behind: the Boston Landmarks Orchestra plays its final outdoor summer concert at 7 PM in the Esplanade Hatch Shell. The sendoff features dancers from the Boston Ballet in a Tchaikovsky revue that includes excerpts from The Nutcracker, Swan Lake and Sleeping Beauty.

The Institute of Contemporary Art hosts bluegrass mandolinist and Berklee grad Sierra Hull as part of its Harborwalk Sounds series, beginning at 6 PM. Since a BU ID gets you into the ICA completely free everyday, check out a few soon-to-be-gone exhibitions before Sierra strikes up, like The Record, on view until September 5.

Improv Asylum graduates Awkward Compliment present Thursday Night Comedy at the Somerville Theatre in Davis Square. A mere $5 gets you into the 8 PM show featuring standup, scripted and improvised comedy from across Boston.

Bread and Puppet, a Vermont-based company centered on the philosophy of cheap art and political theater, brings its Man = Carrot Circus to the Cambridge Common at 6 PM. “Based on the revelation that upright man rooted in dirt was created in the image of the upright carrot rooted in dirt,” Man = Carrot Circus promises giant paper mache puppets, a brash brass band and probably some nudity… or at least some veggie striptease.

The Boston Harbor Hotel wraps up its summer movie run on Rowes Wharf with Raiders of the Lost Ark (1981). Dr. Jones is at your service beginning at sunset.

If blurry political and religious iconography isn’t your scene, Coolidge Corner continues its @fter Midnite series with Fast Times at Ridgemont High (1982). Students get in for $9 just like everyone else. [BUT word on the street has it that Coolidge will be running a 2-for-1 on student memberships in October, which gets 2-for-1 admission to @fter Midnite movies. Just a thought.]

The Greenway Open Market only has a couple more weekends left in the season—for nothing else, come for the food trucks that line this awesome urban park!

The Charles River Conservancy marches on with the third annual Sunday Parkland Games through September 25, hosting community sport and recreation all afternoon from 2 to 6 PM in Allston’s Herter Park. Planned activities include frisbee, bocce, badminton, horseshoes, paddle ball and more, all without any registration or entrance fee required. The events culminate in true Allston style with a community yoga session (also free) from 5 to 6 PM.

And so it ends, cheapskates. Remember me come December, huddled in your Allston crack den muttering about the cost of utilities and wishing to Christ that you had something free/cheap to sustain you through a winter’s night. Keep my lessons close—cheapness is a choice.

Shawn Musgrave is a senior studying economics and global development.

View all posts by Shawn Musgrave →

One Comment on “Cheapskate’s Guide to Boston: All Good Things Must End”