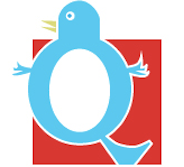 This pre-#springbreak edition of #BU TweetCreep is jam-packed to make up for our next week off. Judging by @BUDiningService’s tweets however, they’ve already begun celebrating spring break, Charlie Sheen-style. Read ahead for women, cake, and vegetable fights galore in 140 characters, as well as your new favorite drinking game at the end, brought to you by #TweetCreep. Ready, set, CREEP!

CFA’s On Top of Things

HA! Leave it to CFA to casually mention (in a tweet to an audience of 177 followers of which 1/8th are probably even in CFA and even less of which are seniors) whether anyone’s turned in their graduation applications. Predicted future tweet: “Hey guys, you all made your tuition payments for the past four years, right?? …Guys?”

Crash diets are no laughing matter…unless you include a circa-2000 emoticon when tweeting about it.

Great, now kids are going to be puking up cake on the elliptical. You gotta be careful with your tweets, @BU_Allocations. We had #BU students thinking that @BUSnowAlert was real!

WOW @FitRec, way to give us a 140 character complexion. It’s bad enough that the fail whale has been on the Kirstie Alley diet (cake and elliptical machines) to prep for #springbreak. The nerve!

I like how “fire hazard” is in quotations. It’s like Don Draper just “sleeps around excessively” with women.

Tigerblood Makes the Wheels Go Round

I’m not an engineer, but from the sounds of it, that bike is made out of Charlie Sheen. #spinning

Should someone tell them that’s not exactly how abbreviation works. Get your RTs in line, @Boston_CSA (try connecting the dots?).

WWAD: What Would Allison Do?

Way to namedrop a major #BU Socialmediaite, @JohnBattaglino. Though @BUDiningService could learn a thing or two (or everything) about Twitter from @ValentinaMonte…

I’m only slightly amused by a library making a spelling error in their tweet. I’m more amused by imagining the pronounciation of “thearter” can only be said in an exaggerated, fancy old British accent.

Yes I know they meant “chugging” like the little engine that could, but I can’t help but interpret it as #BU students funneling beer/doing keg stands/playing flipcup/any other activity where the term “chugging” makes complete inebriated sense. Not so much relating to prepping for exams (well, in some cases at least…a shot before SMG midterms keeps the doctor away).

Does the Pope Do His Own Tweeting?

Oh, I’m sorry, you didn’t know that in addition to Jersey Shore‘s Ronnie and Aaron Sorkin, @BUDiningService has direct communication with The Pope? How else would Pope Benedict XVI get his Catholic chip cookies shipped to him in Rome?

Tweets From a Classroom

This does not bode well…for @BUDiningService’s grasp of reality.

Not a joke: this was tweeted an hour after the Battle of the Brussel Sprouts. I can’t make this stuff up.

Oh, Charlie Sheen was behind all this? Well then, everything makes a whole lot more sense now.

By balanced, they mean being able to stay standing while doublefisting two 40’s taped to their hands right? HAPPY INTERNATIONAL WOMEN’S DAY!

You know it’s not a fulfilling #TweetCreep without at least one bizarre pop culture reference (90% of the time about Jersey Shore) by @BUDiningService.

Meghan Ross is a senior in SMG concentrating in marketing with a minor in advertising through COM. Despite this, she's most interested in working in the television and film industry. An uber comedy nerd, she doesn't go a day without comparing a life scenario to an old Saturday Night Live skit or some other comedy TV show she watches on rotation. She used to write for TelevisionWithoutPity.com when she interned at NBC and currently writes for butv10's The Morning After show in addition to TV, Campus & City and Technology topics for the Quad, including the weekly BU #TweetCreep. For the 140 characters version of this kinda stuff, follow her on Twitter @MeghanRRoss.

View all posts by Meghan Ross →