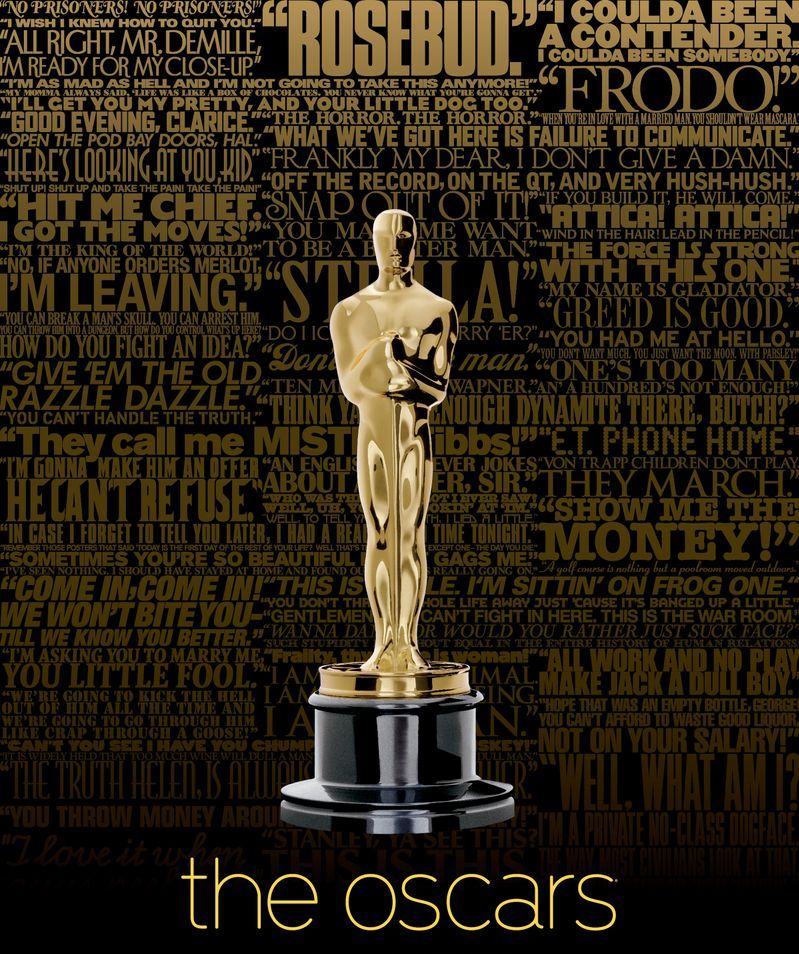 The 83rd annual Academy Awards are less than a week away, and the Quad is here to bring you up to speed on the most popular nominees, potential upsets, and can’t miss winners for this year’s Oscars. Each day, a different critic will be counting down our top picks (and the safest bets) for the winners in each of the big categories: Best Picture, Best Director, Best Actor, Actress, Supporting Actor and Supporting Actress. And be sure to join us on Sunday, Feb 27 in BU Central for our Oscars celebration!

It’s the grand finale folks! The home stretch of this three-hour ordeal commonly known as the Academy Awards. You’ve seen people you’ve never heard of before cry on national television over something that wasn’t given to them by Oprah. There’s been more ugly dresses passed in front of you as fashion than you would ever care to see, and more stale dialouge than you would take from a movie with all your favorite actors.

Oh well, you still want to see who takes home the big prizes at the end of the night. And that’s okay, just remember, the Academy has been known to make mistakes before (see Crash and the The Greatest Show on Earth). Upsets could really ruin your Las Vegas bets, but it makes for some decent, over-dramatized suspense.

Here are this year’s nominees for the top prize:

The Kids are Alright

The Favorite: The King’s Speech

Everyone’s talking about The King’s Speech (pun count: 1), and for good reason. This feel-good gem boasts Colin Firth and a regal supporting cast, a well-written script, beautiful cinematography, and by the way Colin Firth. He’s listed twice because he turned in possibly one of the best performances of his career as the ill-tempered, stammering Prince Albert. His Australian foil and speech therapist in the film, played exquisitely by Geoffrey Rush, is the means by which the audience can access the stuff-shirt world of monarchs and duty. He is a commoner, with a little dash of a “little d” democrat, standing up to the King’s temper-tantrums and daring him to be the better than he believes. It’s the Rocky story without the training montage. I lied, there’s a hilarious training montage that also includes the unappreciated Helena Bonham Carter. Also, the film does achieve that time-traveler feel as it places the audience squarely in the heart of London and the monarchy. And beautifully so, as exaggerated crowd shots and cleverly angled scenes add intensity to this otherwise actionless film. Many critics and voters stand behind the King, so we will just have to wait and see if they crown this picture as the best.

We all know that if the Academy hadn’t set a separate Animated category, the toys would have had a shot. It connected well with audiences, it was astoundingly well-written, beautifully animated, and in my unprofessional opinion, it is the true Best Picture of the year. Shame there’s a conspiracy to keep the animators down. On the upside, there is a chance that the Academy may go with either indie-darling this year. The Kids are Alright and Winter’s Bone were both emotionally charged, personally driven, and full of that “conflict” thing that make stories interesting. Sadly, Winter’s Bone, the film noir meets Faulkner’s Southern Gothic in the Ozarks, didn’t get the widest of audiences, so the better chances belong to The Kids are Alright. The other possibilities are as follows: The Fighter or The Social Network could potentially come as an upset, but at that point they would be almost defying traditional Academy voting patterns. But hey, here’s to the underdog and the multi-millionaire boy genius.

Honorable Mentions: Let’s talk about Academy bias here. Action and comedy films tend to fair poorly walking home with a golden escort. So, as much as I enjoyed Inception, I can go into the show prepared that it is not going to win. The same goes for True Grit, however endearing the Coen brothers are. I hate to say that Black Swan was too edgy, but perhaps the thousands of older Academy members would. I really don’t see audiences my grandmother’s age enjoying all of its quirks, complexities, and girl-on-girl violence. To an extent, 127 Hours suffers from the same distaste but there’s also Danny Boyle’s previous win for Slumdog Millionaire (no one likes an Oscars whore). Plus, I think the ghost of Bob Hope would forever haunt James Franco if they win while he’s host. Okay, I’m glad we had this talk.

And don’t forget readers! You can party/debate with all of us on the Quad Film staff this Sunday at BU Central. The festivities start at 7p.m. with the Oscars Red Carpet followed by the Telecast on ABC at 8p.m. Meet n’ greet your writers and hang out with us while we live blog the event. It going to be a “golden” evening and you’re invited!

One Comment on “QuadFilm Picks the Oscars: Best Picture”