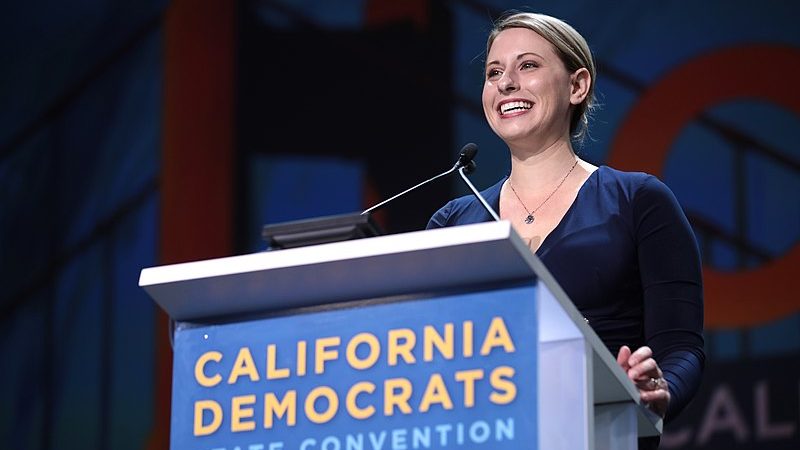 On October 27, 2019, California Representative Katie Hill stepped down after both the circulation of her nude photos and allegations that she had a sexual relationship with a subordinate in her office and on her campaign.

“I’m leaving because of a misogynistic culture that gleefully consumed my naked pictures, capitalized on my sexuality and enabled my abusive ex to continue that abuse, this time with the entire country watching,” said Hill during her farewell speech.

But, it does seem to target one demographic more than others: women.

The Cyber Civil Rights Initiative conducted a study in 2017 which found that women were about 1.7 times more likely to be the target of nonconsensual pornography than men.

The spread of one’s nude photos can be the result of an angry ex or an opponent. But, no matter the reason, some believe the responsibility should be put on the person who took the photos, to begin with.

In a New York Times opinion piece, Now Comes the Naked Truth, Maureen Dowd said, “Don’t leave yourself vulnerable by giving people the ammunition—or the nudes—to strip you of your dreams. OK, millennials?”

I have tried to understand the sentiment behind this statement, but I think the way many people are judging these scenarios needs to be reframed.

Instead of victim shaming, why don’t we look at the way society has continually oppressed and shamed women for their sexuality? This oppression can be seen through the stereotypes of women in the media such as being “sex objects,” often devoted to taking care of their home and appearance.

The conversation should no longer be about the fact that a woman took a nude photo, but rather that a man felt so personally threatened and/or offended that he chose to spitefully spread nude photos to gain some sort of manhood that he was clearly lacking.

The consequences that a woman faces because of a man’s actions are astounding, and a man does not deserve to have that power over any woman. But, because society has continually overlooked men’s wrongdoings, we have given men the power to dictate the course of a woman’s career and the course of this country.

However, when you look at cases of men’s sexual decisions being exposed, they are often overlooked.

For example, Brock Turner sexually assaulted a woman and left her behind a dumpster. He was sentenced to a shocking six months in jail, with three months of probation afterward.

When his victim gave her statement in court, she spoke about how she found out the details of her own assault through an article. This article gave Turner’s swim times.

“Throw in my mile time if that’s what we’re doing,” she said. “I’m good at cooking—put that in there. I think the end is where you list your extracurriculars to cancel out all the sickening things that’ve happened.”

Also, let’s not forget that our own president has been accused of making unwanted sexual advances on women and has made quite vulgar comments about women.

View all posts by Colbi Edmonds →