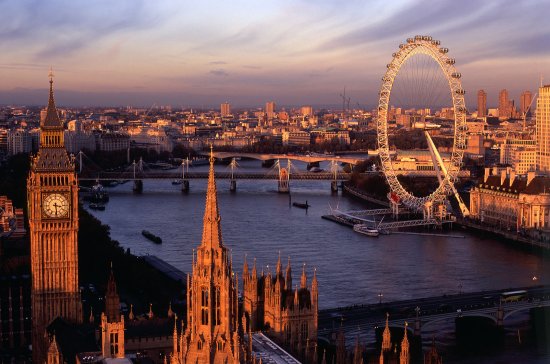 As a bloodthirsty barber once said: “There is no place like London.” Most major cities have things that make them unique. Nevertheless, there is something about London especially that has an almost magnetic appeal to people from all around the world.

One of the perks of being enrolled in the College of General Studies here at BU is its Boston-London Program. It is the only study abroad program open to freshmen, and the students go to London for a full six weeks. For students who are either considering the Boston-London Program, or are about to go, here are some words of wisdom of students who have already completed the program.

This is how to get the most out of your stay in London:

As the Boston-London Program only lasts six weeks, it is easy to get caught up in a semester’s-worth of school work and miss out on one of the coolest cities in the world.

Lina Ajao (CGS ’20) says: “I felt like I was constantly running short on time. I relied on my planner and tried to schedule personal due dates for myself so that my work didn’t pile up.”

If your work is still taking up most of your time, then you need to change strategies.

Barbara Zayas (CAS ’19) adds: “GPA is important, yes there are deadlines and assignments, but do not stay in your room and work! Go to parks, coffee shops, public libraries, explore and never stop traveling!”

Which brings us to the next bit of advice…

In your six weeks you will want to see as much of London as possible.

Ajao: “I highly suggest trying to fit in something new every day and exploring areas outside of South Kensington.”

Winter: “Explore Europe on the weekends. Take trains to different parts of Europe if you can, or even just other parts of England, such as Brighton.”

Ajao: “Try to save money before going so you can travel around Europe. Everything is super close which makes it easy to visit nearby countries.”

Europe is called the Old World for a reason. It is very likely that you will go places where cards and Venmo aren’t the norm yet.

Ajao: “Always have a little cash on you. Some places are cash only so it’s always good to have money on you.”

Although Britain is notorious for its rain, climate change has plans of its own.

Winter: “It was much warmer than expected. It was the warmest summer in a hundred years.”

So choose your clothes wisely… or just buy more.