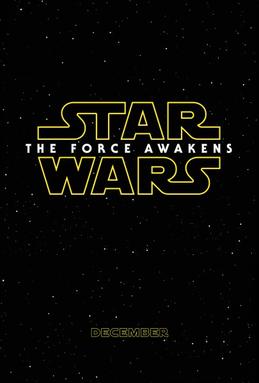 “Star Wars” is the first thing I can remember liking. I can only guess how I was introduced to “Star Wars” — I figure it was through my parents who, like anyone alive and watching movies in 1977, are “Star Wars” fans — but the series has been drilled into my brain as a wonderful, pleasure-inducing thing for, well, basically ever.

I’ve watched “Star Wars” a lot. I’ve seen the original trilogy innumerable times (certain, unimportant scenes — an A-Wing crashing into the bridge of a Star Destroyer in “Return of the Jedi,” that surreal moment when Han runs into Darth Vader in a Bespin dining room in the “Empire Strikes Back,” Obi-Wan sabotaging the Death Star shield generators in “A New Hope” — are burned into my memory), and I grew up with the prequel trilogy. That trilogy is roundly horrible, but I still love it. My lifelong relationship with “Star Wars” has reached a point where the sounds alone — a lightsaber igniting, the whine of an AT-ST blaster cannon, Tie Fighters, oh god, Tie Fighters–set my brain into happiness overdrive. These things just feel right.

So, naturally, I was incredibly excited when I heard we were getting a new “Star Wars: The Force Awakens” trailer at Star Wars Celebration. “The Force Awakens” — even though it’s going to make heaps of money no matter what — has a lot of weight on its shoulders. It has to draw new fans into the series. It has to assure people that it is not the prequel trilogy without calling those films a failure. It needs to like, be a good movie.

So the trailer also had a lot to prove. Well, not prove. That’s up to the film. But it had to give jaded “Star Wars” fans a new hope, draw in non fans and excite everyone else. It had to, intangibly, feel right.

And it did. Oh my god, it did. I cried when I watched it the first time. I’m not at all ashamed to admit that.

The teaser trailer had everything: that Star Destroyer buried in the sand, an exuberant Oscar Isaac diving around in his X-Wing, Daisy Ridley and John Boyega looking more like “Star Wars” characters than Hayden Christensen ever did, Han Solo happily, gravely exclaiming “Chewie, we’re home.”

And the sounds. The sounds were marvelous. Luke’s voiceover, the blasters, the X-Wings swooping in on some unknown planet, the marvelous piece of music that is “Binary Sunset.” This was a thing of pure, unadulterated joy.

And joy, I realized as I watched the reactions on Twitter and Facebook, is what “Star Wars” is all about. These movies, especially the original three, trade on very simplistic themes. There are good guys and bad guys. Sometimes the good guys turn bad, but they must follow a specific set of steps to get there (thanks, Yoda!) And that’s fine. The joy of “Star Wars” comes from watching the good guys grow, make mistakes and eventually — inevitably — win.

My little brother called me the day the trailer went online. He was as enamored as I was. But that’s not why he was excited. He was ten when “Revenge of the Sith” came out, so he doesn’t remember seeing that movie in the theater with my dad and brother. He’s seen all the movies a million times, but he’s never had the experience of seeing a new “Star Wars” film in the theater. This time he will.

That’s got a lot to do with why the world is consumed with the prospect of this movie. The story has been around so long that it’s been passed through generations. And when we walk out of the theater after “The Force Awakens” — the good guys won, but there are some loose ends! — it will be part of one more.

Burk Smyth is a music writer for The Quad. He is from Baltimore, Md. and enjoys punk, indie, black metal, baseball, Magic: The Gathering, Everton Football Club and being terrible at Dota 2. Follow him at @burksmyth, where he tweets about Trent Reznor, Leighton Baines and dotes, mostly.

View all posts by Burk Smyth →