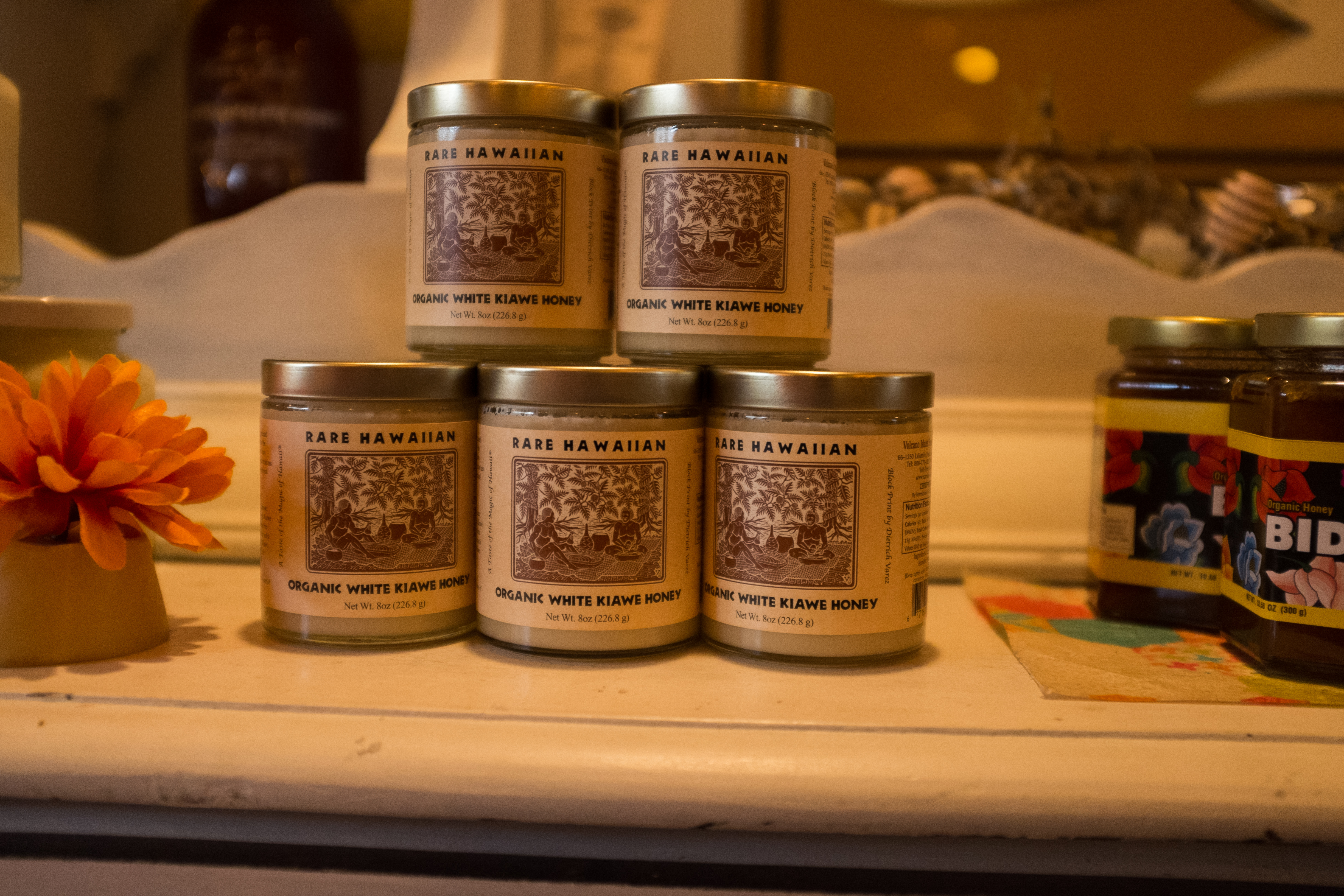 Any honey lover walking into Follow the Honey will undoubtedly be dazzled by the diverse and unique honeys they carry. There’s wildflower honey from a couple hours away in Deerfield, Mass. There’s honey from Oaxaca, Mexico with notes of cardamom and clove, and there’s honey made in a Hawaiian forest that could easily pass for frosting. After the complimentary honey tasting, you’ll likely want to buy everything in the store. But you might pause when you see the $28 price tag on some of the jars.

“People come here and are confused as to why honey is $5 at a grocery store and $30 here,” said Ivy Ross, who has worked at the Cambridge store since the end of last summer.

Follow the Honey’s products are more expensive mainly because they’re all sustainably made. But what does “sustainable” actually mean? When it comes to food, does it mean products that are organic or locally grown? Fair trade or free-range? Or is it one of the many other labels used to designate food that is produced non-conventionally?

Sean Cash, Associate Professor in the Agriculture, Food, and Environment program at Tufts University, explained that we often use the word “sustainable” as a catch-all for many different environmental, social and ethical categories. In reality, not all of them necessarily further the cause of sustainability. However, there’s an overarching ethos that unites them.

“By sustainability, what we usually mean is that you’re meeting your current needs without sacrificing the ability of future generations to meet their needs,” he said. “So the idea of sustainable food then, is food that’s produced not just in a way that works for today, but in a way that we can keep doing tomorrow.”

According to Ross, this means that the products at Follow the Honey all come from small-scale beekeepers who avoid conventional practices such as heat treating, filtering, and putting additives in honey. Additionally, they refrain from using chemical treatments such as mite pesticides on hives and overstimulating bees by feeding them large amounts of corn syrup. These common practices may result in bees producing higher yields of honey, but at the expense of bee health. She added that Follow the Honey pays beekeepers a “realistic wage” for their honey.

Sustainable honey production is of heightened importance when considering its potential ability to fight Colony Collapse Disorder (CCD), a widespread phenomenon of bee death and disappearing colonies. Since 2006, CCD has been a serious agricultural and environmental concern. There is no conclusive evidence as to the cause of CCD, but mite infestations, pesticides, and questionable beekeeping practices like those mentioned above are all possible culprits.

“[Bees] are amazing creatures, and people are treating them like slaves,” said Ross.

CCD isn’t the only problem sustainable food production attempts to counter. Cash noted that our conventional food production system partially causes or exacerbates various environmental problems including soil erosion, changing climate and precipitation patterns, and pesticide pollution. He’s currently working on research that suggests that climate change is responsible not only for less food being produced, but also for lower quality food. Thus there is a circular nature to the problem: our food system worsens climate change, and climate change worsens our food system.

In the face of these overwhelming problems, one solution that seems easy enough is to buy sustainable food. But, that’s not an option for everyone. According to Cash, organic products are on average 30 percent more than their ordinary counterparts, while some products like sustainable seafood can be two to three times as much. At the same time, Cash says that 10 to 15 percent of the U.S. population is experiencing food insecurity, which means that people are going hungry or are afraid that they soon will be.

“So telling everyone you need to go spend $20 a pound on poultry or meat is not really the answer either,” he said, “because that’s outside of the means of many people.”

There are many different reasons why sustainable food is more expensive than conventional food. The Food and Agriculture Organization of the United Nations pinpoints several in regards to organic food, but they are also applicable to the larger sustainable food category and can be boiled down to two primary causes. First, the supply of organic food is relatively low compared to the demand. Second, there are higher production, handling and distribution costs because sustainable methods require more labor and are done on a smaller scale.

However, Cash pointed out that as better research and development emerges concerning sustainable practices, they could become cheaper for farmers (or beekeepers) to use. This could lead to them being practiced on a larger scale, which in turn would lead to sustainable products becoming cheaper. In other words: that $30 dollar price tag at Follow the Honey could potentially shrink.

In the meantime, buying sustainable food can still be difficult even for those who can afford it. There are over 100 different sustainability and ethical labels on food products, according to Cash. Knowing what each one really means and which are environmentally or ethically better can take a lot of effort on the part of consumers.

“The labels are meant to make it easier for us,” he said, “but when you look at all the different labels out there you can get just as confused.”

Even if consumers have done their research, Cash points out that other factors can make it tough for them to know if the products are truly sustainable. People can be directly lied to through greenwashing–when food is marketed to be better for the environment but really isn’t.

Despite environmental concerns, consumer confusion and deceptive marketing practices, not everything is gloom and doom. While there is reason to criticize the food system, there is also reason to praise it. Cash points out that the risk of a child dying from malnutrition is at an all-time low, for which (at least in part) we have our highly developed food system to thank.

He is also encouraged by the recent renewed interest in the origins and production of our food and the promise this interest has to spur positive change.

“I feel a lot of optimism for where we’re going to keep improving things so we have more sustainable foods without sacrificing some of the good things about the way the food system has developed over the last several decades,” Cash said.

But where does this leave consumers trying to make sustainable food purchasing decisions at this moment? How can we really know if the eggs we’re buying from Whole Foods came from a chicken that happily lives its life foraging on a pesticide-free pasture supplemented with organic, non-GMO feed? Or that this is substantially better for the environment than buying conventionally produced eggs? Or, even more perplexingly, how do we know if the impact on the environment from sending that Hawaiian frosting honey to Cambridge outweighs the benefits of its otherwise sustainable production?

I don’t have the answers, but I know the questions are the start.

View all posts by Kylie Obermeier →