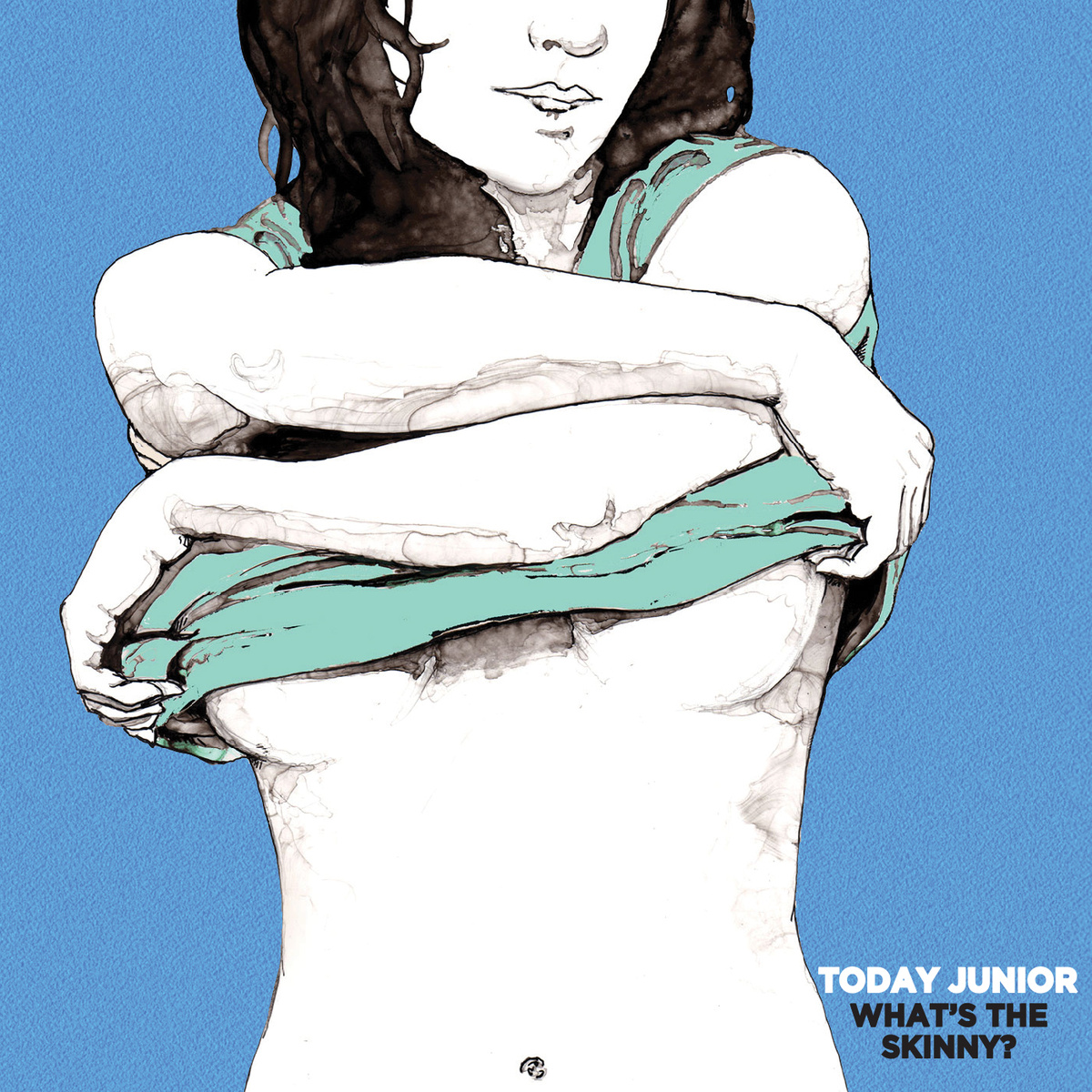 Since the 60s, surf rock has held its own in the music world. With a certain beach-ready ease, it’s a sort of in-between music with easy instructions: chill, dance, repeat. Surf rock has recently enjoyed a resurgence of popularity. Bands like Best Coast, Surfer Blood, and WAVVES have put their own spin on the classic genre, going the route of pop, grunge, and others to spice up the sand. Cambridge-based Today Junior has chosen to craft a personalized sound that incorporates the essence of surf rock, but stays fresh with a modern approach.

The band recently released a full-length album, available on iTunes, and continues to bring the California vibe to the East Coast as they play around Boston. I recently stumbled across Today Junior and was lucky enough to chat with the band about music as a language, getting to meet Surfer Blood, and dreams of playing with James Brown.

2. What is the story behind the band?

M: The three of us started playing basement shows as a cover band with only a few original songs, under the name No Swimming. However, we didn’t agree on having a negative word be in the band name, so we brainstormed a ton of band names and Today Junior stood out. In ways, the name mirrors our music with its “get on with it” attitude and upbeat vibe.

3. How would you characterize your music’s vibe?

H: We play what we feel sounds good and take influence from what we listen to and use it to help shape the sound that is Today Junior.

4. Who are your musical influences? Personal and/or Today Junior-wise.

H: So many musical influences. We’ve always loved Surfer Blood, Wavves, Zeus, but there are honestly so many. Lately, I have been listening to a lot of 60s psychedelic rock and lots of doom metal.  In ways, almost everything I listen to somehow influences a sound or a song that Today Junior creates. We try and focus on as many different aspects of the artist or song we are influenced by.

5. How would you describe your songwriting process?

H: A song can come to me in different ways. Sometimes the whole song can just come to me in a sitting and I will just hear all the parts in my head. That will usually happen if I’ve been doing a lot of daydreaming that day. Other times, though, I get stuck around one part and [build] off of that using the feelings I get from it. Most of the time, though, I’ll flush out most of the song for what it is, and then bring it into the jam space and that’s that. Craig and Mike are always that bright light I can bring my crappy songs into and make them sound way more amazing.

6. What have you guys been working on most recently? Any other new stuff being recorded? Upcoming shows?

H: I’ve been writing a lot of new music the last few months since we’ve come out with What’s The Skinny?, so there is definitely new stuff on the way. I’d like to say something will be released early 2014 but I can’t make any promises.

M:  We’re playing a show at Copperfields by Fenway December 14th and then at The Precinct in Union Square December 27th.

7. What’s your outlook on the changing landscape of the music industry today?

M: The “music industry” recycles its past hits to help reconstruct their new ones; everything sounds the same and it’s so boring. We’re just trying to spread our music and bring Today Junior to your town.

H: I want to bring guitar solos back.

8. What sort of touring have you guys done? Is touring a priority? A goal?

M: We’ve really only played around Boston, but we’re planning on doing some sort of tour or at least more shows in the Northeast this spring.

9. What do you love most about music?

M: It’s so easy for a few seconds of some song to flood your mind with images while making you feel a certain way.  Music is the universal language.

C: Music can make me feel so many different emotions. It can get me through anything, no matter the circumstance. I’ve been mad, I’ve been sad, I’ve laughed, I’ve cried, I’ve been happier than hell, and I’ve even been proud. It’s all because of music and that is why I love it.

H: My favorite thing about music is how much music there is that exists in the world.

10. If you could go back in time, or stay current, who is your dream artist/band to perform with?

M: It’d be so awesome to have opened for Nirvana, but I don’t know how they would have dug our sound.  For an artist from today, to be on tour and open for either Surfer Blood or Best Coast would be killer.

H: Jimi Hendrix is probably one of the first artists that comes to mind. If I could just sit there and jam on some ideas with him that would just be beyond groovy. As for an artist from today, there would be nothing like playing a Beatles tune with Sir Paul McCartney himself.

C: My dream would be to play bass and sing back up for James Brown back in the day. Funky, riff-based, feel-good, groovy dance music with the hardest working man in show business?…sign me up! It would be great to sing harmony with the Beatles, though.

11. Is there a specific music-related memory that stands out strongly in your mind? It could be listening to a song that had a big impact on you, a memory of performing with a band, going to a specific concert…

M:  Off the top of my head, just this past October we met Surfer Blood and talked to them like the cool, simple dudes they are.  Ever since we started this band, they’ve been one of our inspirations, so meeting them was one of the most humbling and life-changing experiences for us as band.