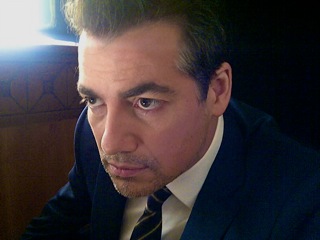 Noted for his multitude of low-key but memorable performances, as exhibited in everything from Goodfellas to Superbad to TV’s Grounded for Life, actor Kevin Corrigan has emerged as the industry’s go-to actor for worthy supporting roles since his professional start a quarter-century ago. This Friday he will be on campus screening the 2009 indie flick Big Fan, in which he supports leading man Patton Oswalt as Sal, the best friend of the self-professed “World’s biggest New York Giants fan.” Mr. Corrigan spoke with The Quad about his career and upcoming Cinematheque appearance in a phone interview earlier in the week. (The interview has been condensed for length and clarity.)

The Quad: The blurb for your Cinematheque event describes you as “America’s premier character actor.” Do you in fact see yourself as a character actor?

Kevin Corrigan: Sometimes. And sometimes it depends. Yeah, I guess so. I’ve had a couple of big parts. But depends on who you ask. Some people see my work and think I’m just playing myself. I see their point, you know? . . .I don’t look like a movie star, I look like a guy from The Bronx. And when people would go see me in movies or plays they’d notice me, because [they would] say “Man, you were good in the play, [but] you look like you kinda just came in off the streets.” *laughs*

Q: Do you approach it differently than one would say “traditional” acting?

KC: Well, if traditional acting means reading the text and being affected by it personally, or trying to make a personal connection with the material, then I’m a traditional actor. The material has to mean something to me on a personal level before I can begin to think about committing to the job. Even if it’s a money job. There are jobs that are primarily for the money, and yet it still has to be right. That job still has to resonate on a certain level, and it has to sit aesthetically or personally or have something in it that makes me wanna give it my endorsements.

Q: Is there anything that you have learned from your 24 years in the industry that would be especially helpful to our film and fine arts students?

KC: Yeah, I can think of a few things. The thing that comes to mind right away is the point to write. . .It’s not a bad idea to actually do your own writing, even if you’re not going to produce the stuff. A diary, journal, something. It’s like having a backup, in many ways like a backup to your computer. It’s good to put your thoughts down, whatever your observations might be along the way in your acting journey. And also, in the past 10, 20 years, there’s been a real shift towards improvisation. I can improvise, but I wish that I had taken some improv classes early on in my career. So, my advice to any actor studying acting in college today or just getting started is get some improv technique under your belt. It’s very hard to pick up later in life. . .There’s a group dynamic [in improv] that you have to be conscious of.  One guy in the Upright Citizens Brigade, this was years ago, asked me if I knew any acting teachers because he wanted to brush up on his acting. . .I was really kind of taken aback. I said, “You don’t need any acting lessons. I need lessons. You’re doing it! You’re doing everything a good actor should do.” And I’ll wrap this up by saying that all of those skills that I’m talking about will serve you well in the business of acting. Not just in the technique or the work, but in the business, in terms of marketing yourself and all that stuff. Which you have to be aware of and you have to come to terms with it. Some people don’t like to think about that stuff, and it’s important. It’s important to know how to interact with the casting agent and the business community–the agents, the managers, publicists, and all those people you’re going to need if you’re serious about getting something going in terms of a career. You have to know how to improvise, think on your feet in those situations with those kinds of people.

Another piece of advice I would give to any young person: Don’t go easy on yourself if you’re an artist. Work hard and. . .do your best work. And don’t settle for anything less than that. Just be serious.

Q: Let’s talk about the film you’ll be screening for us, Big Fan. Is there something about the film that you think really deserves its viewing, that people should really come out and see it on Friday?

KC: Big Fan is really worth seeing. It has a lot in common with a Martin Scorsese film from the ’80s called The King of Comedy. It really hits the mark. You know, a lot of movies try to capture the outsider experience or get inside the mind of a certain kind of anti-social person, try to capture the spirit of those anti-heroes of ’70s films or whatever. Now, I don’t think Big Fan had the intention to do that. I know that the director (Robert D. Siegel) loves all of those movies, though. But I think it’s an authentic–it’s just really worth seeing. It just lands. Come check it out. I’d be surprised if it didn’t land with most people, most thinking people. It has a lot of irony in it. It lays out this really outrageous, preposterous premise and finds its way. The way it resolves itself is pretty remarkable. I can’t give away the ending, naturally, but it is not disappointing. It may be baffling or perplexing, but that ambiguity is well-earned…It’s a real character study. And Patton Oswalt is the perfect actor [for it]. No other actor could have connected with the part in the way he does in that film. I wanted to play the part after I read the script. And I told the director [that] and he said, “Yeah, you’d be good but I already cast that role.” And I almost was gonna pass on it because I didn’t wanna play the friend. I’m always playing the friend…but then he told me that Patton Oswalt was the [lead] guy, and I said, “I’ll be his friend!. . .He’s playing that part? He’s fucking great! I’m a big fan of that guy. I would love to be his friend, I won’t even have to act.”

Q: So it was Patton [Oswalt] that drew you to the role?

KC: Well, what drew me to the role was the script. It was a great script, and I had also read Robert Siegel’s other screenplay, called The Wrestler, which was also a great script. So it was really Robert and his writing that drew me to the project. He offered me the part of Sal, and I read it to see if it was something that I was interested in, and it was. I read it; it was delighting and it was brilliant. And I was drawn to it even before I knew Patton was going to be in it. But once Robert told me that Patton was going to be in it, it was just a no-brainer. . .I felt like, “Let’s do this. This is gonna be great.”

Q: How did you prepare for your character of Sal?

KC: I didn’t. I just memorized my lines. I listened to a lot of Patton Oswalt records. I did not watch a lot of sports to prepare for Big Fan. Maybe I should have–well, you know, one of the things about the script that resonated with me was the passion that these characters had for the game of football. I could relate to it pretty easily because of my father and brother, who are big, big Giants fans. So I didn’t have to prepare. I just knew. I knew the lifestyle, or I knew the spirit of the characters.

Q: Are you yourself a New York Giants fan?

KC: I’m not really a big sports fan at all, not in the traditional sense. Whenever I am going to make plans with my father for the weekend I always forget that he is going to be watching the football game at 4 o’ clock on Sunday. Always. I always forget that. Now, a real sports fan would not have to ask twice about, “Well how come we can’t get coffee on Sunday afternoon?”  That’s something I’ll blank out on, because it’s not important to me in that way. . . I love the story of sports, you know?

Q: What’s your favorite part of the work you do? What do you most enjoy?

KC: I like being in my hotel room on location somewhere…going over my lines the night before.  I’ll just have a pen or something, a highlighter, and I’ll highlight my lines and cross stuff out. And just do the stuff out loud, in a mock classical accent or foreign accent or I’ll sing the lines. I’ll get rid of all the punctuation and mess around with stuff and think about things–what might work and what might not work. Or [I’ll] imagine the scene and the different ways it could be played. I like that period of time more than actually being on the set, doing the scene. Because, especially on the set, a lot of the relaxation you feel when you’re in the privacy of your room when your preparing goes away. And it’s a fucking bitch to get it back, you know? It’s much harder to be that relaxed in front of a key grip or electrician or crew people, the director. . .[So] I would say my favorite part, besides lunch, is that moment the night before, alone with the material and figuring out a plan.

Q: Lastly, you’ve been in so many productions, several quite acclaimed. What do you think it is that really makes a great film?

KC: You know, I’ve thought about this a lot, and if there is an answer to that question, and I don’t think that there is, then, if you must boil it down to one thing, the thing that makes a great movie is a great script. . .And let me say this, I’ll add one other thing to what probably makes a good movie: If you have a good cinematographer, like a really good cinematographer, that also counts. Now, you may have noticed that I have not said that great acting makes a good movie. I think great acting comes third or fourth. A great script is first. I might shuffle around acting and cinematography. I don’t know. Sometimes there are a lot of really flawed films that I love mainly because of the performances. But they generally don’t last–they don’t hold up. They don’t have the same kind of longevity of a movie with a solidly told story. It’s the story. . .The parts [may be] brilliantly played, but they’re great parts first. They’re great characters first. . .What makes a great movie is a great and well-told story. And hopefully everything else falls into place.

COM’s Cinematheque event “An Evening with Kevin Corrigan” is scheduled for 7PM on Friday, September 27th in COM 101.