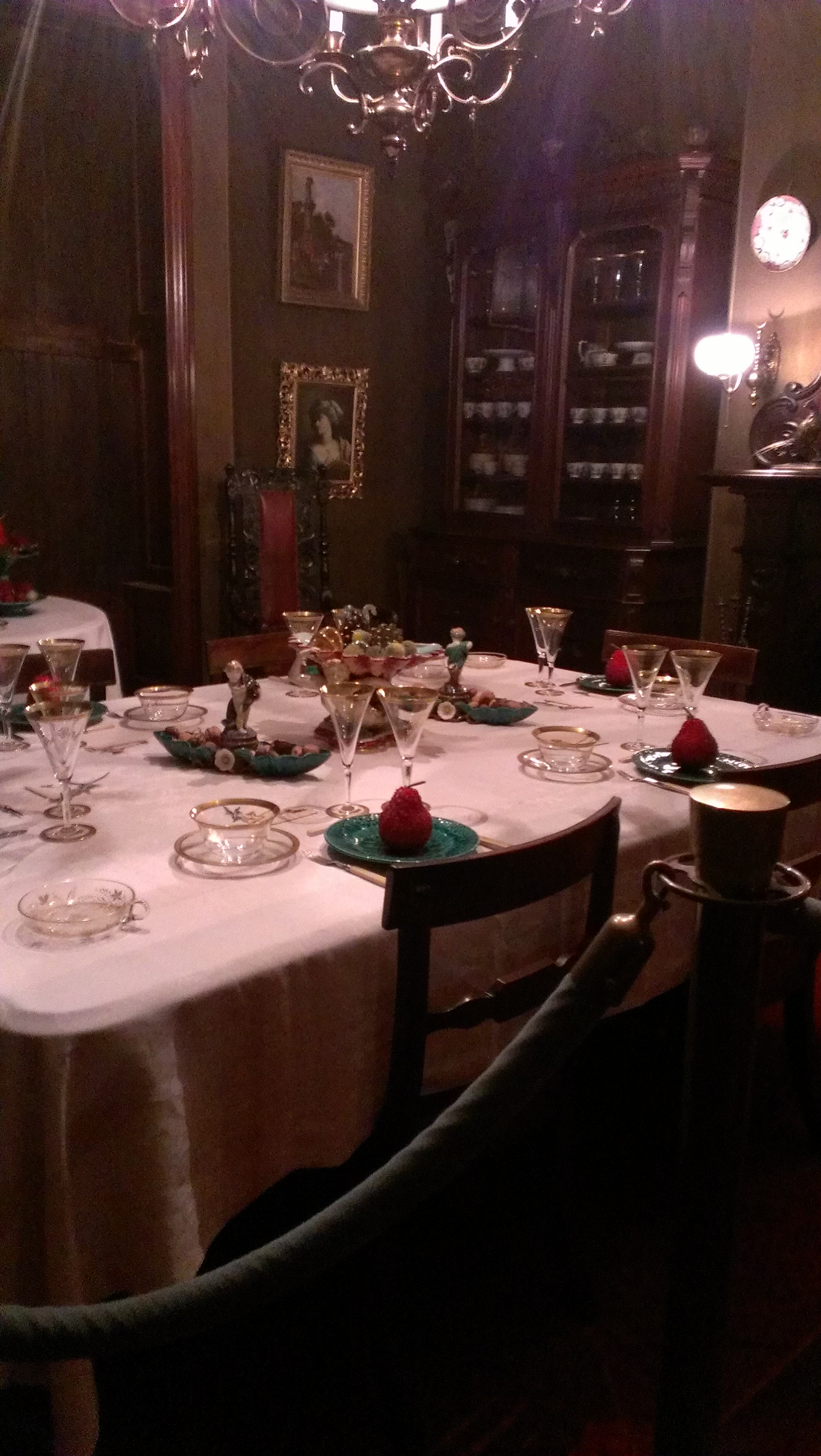 I was fortunate enough this past Tuesday to partake in a special tour of Boston’s historic Gibson House, and be immersed, although only for an hour, in the “unrestrained opulence” of 19th century Victorian living.

Situated unassumingly amongst the fine homes that line lower Beacon Street, the Gibson House currently is the last Victorian-era home in the area to exist as it did two centuries ago. Back then, the Back Bay neighborhood was a hotbed for the Bostonian social elite, and the house, now a museum, perfectly reflects the social inclinations of the era’s wealthy and their characteristic appetite for embellishment.

Twentieth-century etiquette scholar Robert Dimmick was the director of Tuesday night’s tour, using the Gibson house as a backdrop from which to host the evening’s accompanying lecture. Dimmick utilized the family’s antiquated household objects to demonstrate certain Victorian social idiosyncrasies that I believe most on the tour found amusing.

For example, the Gibsons kept a sliver dish near their front door called a selber. A maid would use the selber to collect visitors’ call cards at the door and deliver them to whichever Gibson was being called upon. Etiquette dictated that visitors fold down different corners of their cards to convey the purpose of their visit.

A left corner down, for example, would indicate a congratulatory visit, while a right corner down would foretell a condolence offering. Women were expected to present smaller calling cards to distinguish their gender. According to Dimmick, the etiquette of call cards grew to be so complex—even the font of ones’ card came to convey some sort of social message—that the system was retired in the early 1920s.

Naturally, much Victorian etiquette centered on dining room behavior, especially when the Gibsons were—no surprise—entertaining guests. Place cards on the museum’s fully set dining room table prompted Dimmick to explain that polite hostessing entailed purposefully seating “congenial people” together to improve conversational flow. It was also proper to seat the eldest lady, or the guest of honor (whose status took, regardless of age, precedence over the eldest’s), to the right of the host. Husband and wife pairs were to be seated apart from one another to encourage further mingling.

Many other rules of etiquette involved personal upkeep and beauty. Dimmick explained that Victorian era women lived by the bizarre mantra “straight is the line of duty, curved is the line of beauty.” Walking in soft, curved lines, for instance, was considered more lady like. Society women were also known to pigeon-toe their feet to make their skirts sway more noticeably.

Despite the beautiful vanity in the Gibson’s master bedroom, makeup to the Victorians “was a sign of a wanton woman,” as was, apparently, hairdye. For this reason, the women of the Gibson household had hair receivers, or boxes to keep loose hair strands in, so that they could make wigs for themselves should they go gray.

Although (and possibly even because) the Victorian era was full of bizarre social practices, exorbitant luxury, and unchecked affluence, the Gibson House Museum is definitely worth a trip. A lot can be learned about the city’s history from examining the prominent families, such as the Gibsons, that put Boston on the map in the very beginning of this era.

And, of course, there is no better way to sharpen one’s social skills than drawing from those savvy Victorians.

One Comment on “The Gibson House Museum: Our Back Bay Portal to the Victorian Era”