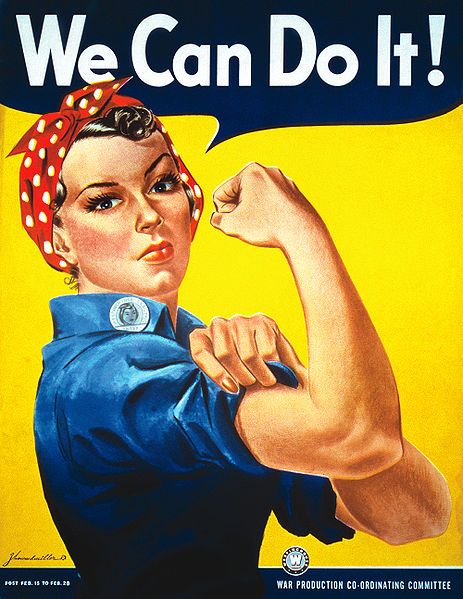 At a recent social gathering of young people, referred to in some circles as a college party, I had a conversation with another girl about feminism. She told me that she herself didn’t identify as a feminist, and five minutes later confided in me that she was morally opposed to ombre hair. Perhaps I am in a minority in finding this exchange disturbing, but I went home that night thinking, How can it be that a fellow young woman is willing to take a moral stance against something as trivial as ombre hair, but when faced with a question of feminism, can appear so apathetic?

This attitude isn’t uncommon among many young women today. In fact, a number of my friends have told me that they are not feminists, but believe in women’s rights and gender equality. I’m struck by a trait that is slowly becoming indicative of the character of our generation—indifference. Many young women assume that, just because women like Elizabeth Stanton and Gloria Steinem have said their piece, the battle is over.

So my question to my female peers is this: if feminism is unnecessary, why do we still live in a society where women are burdened by sexism and inequality? Why are female college graduates predicted to earn $8,000 less than male graduates? Why has the idea of the hyper-sexualized woman become the ideal, and women like Lena Dunham get smeared for being “fat” and “annoying?”

There is a disconnect between the way today’s society defines feminism and the true meaning of the women’s movement. Feminism, for many people, conjures the idea of a bra-burning monster with an agenda to take down our world as we know it.  Perhaps this “eh” attitude toward feminism can be attributed to confusion about the true meaning of the word. I find it disturbing, though, that young women today have taken the easy way out by failing to define the “F-word” and what it means to us, as young women in 2012.

Feminism means something different to every generation—whether it be women’s suffrage in the early 1900s or equal pay rights in the 1970s. Because the issues of yesterday may not be the issues of today, that does not take away the relevance, or importance, of the feminist movement. The battle has not been won: sexism and inequality are still pervasive in our culture.

Ariel Levy, feminist and author of Female Chauvinist Pigs: Women and the Rise of Raunch Culture, accuses women today of being perpetuators of contemporary sexism. Levy argues that because women make sex objects out of themselves and each other, it becomes the norm for sexuality and power to be synonymous with one another, at least in regard to women. This contributes to an image of women as the weaker sex. Levy argues that this culture of hyper-sexuality is what is destroying the feminism mood in women today.

While I agree, I think that there is a larger issue at hand. Today’s lack of feminism, or rather, lack of self-proclaimed feminists, boils down to the fact that young people today, young women in particular, are afraid to take a stance. Timidity has replaced the passionate dedication of women before us, who protested vehemently when they were turned away simply because they were women. Complacency is a disease rapidly infecting our generation. Finding a cure seems a daunting task when icons like Katy Perry and Taylor Swift, role models for millions of young girls, state publicly that they are not feminists.

Katy Perry was recently awarded the 2012 Billboard Woman of the Year. In her acceptance speech she stated, “I am not a feminist, but I do believe in the strength of women.” How can a woman, who started out as the gawky daughter of a minister, fighting her way to the top armed with nothing but her passion and a guitar, not identify as a feminist? Why is it that young women today separate strength, empowerment, and self-advocacy from being a feminist? Feminism, as a movement, is about autonomy and being free from restrictive identities that are based solely on gender.

As college students, we are supposed to represent the intellectually curious. We are expected to be foragers of knowledge, yet instead we are regressing to a backwards mode of thinking.  So many young women today are either too lazy or too afraid to stand up and say, “My name is ____________, and yes, I am a feminist.” Contrary to popular belief, feminism is not dead, it is not irrelevant, and its place in today’s society is exponentially more important to analyze than the moral pros and cons of hair-dying fads.

3 Comments on “A Message to the “Non-Feminists” of the 21st Century: Your Roots are Showing”