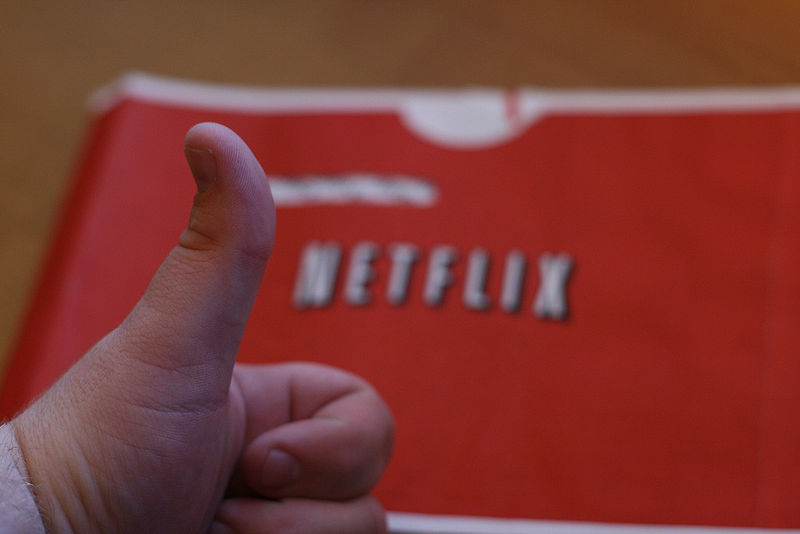 Deadline.com reported on Tuesday that video streaming giant Netflix has made a bid for Kevin Spacey and David Fincher’s new series House of Cards. Netflix has reportedly outbid major cable networks HBO and AMC to acquire the series, allegedly offering upwards of $100 million and ordering 26 episodes (two full seasons). This marks Netflix’s first major foray into original programming, and could theoretically change the landscape of TV programming and consumption. Be afraid, major networks, be very afraid.

Many comparisons have been made between Netflix and the premium cable networks, with some analyists like the Christian Science Monitor‘s Matther Shaer going so far as to call Netflix “the new HBO.” The comparison is apt, considering HBO began as a premium cable movie channel before it began producing original content and eventually hitting it big with The Sopranos in 1999. Over the past few years, Netflix has gradually built a 61% domination of the market-share of HD video streaming, and they now threaten to put a major dent in the pockets of the prominent cable networks.

However, nothing has been finalized as of yet. The Wall Street Journal went so far as to theorize that Netflix may be using the publicity surrounding their purchase of House of Cards as a stunt to get leverage over other TV networks. Wall Street Journal reporter Shira Ovide makes the point that Netflix can use original programming as leverage in order to make it easier to get the rights to current seasons of TV shows, a luxury that Netflix currently does not possess. If Netflix doesn’t get what they want, they can go ahead and produce their own shows to put a massive dent in the cable companies’ profits.

Granted, this shift is far off and the deal is not final yet, but if House of Cards does go up exclusively on Netflix, it will further an era of television without actual television sets. The more tech savvy part of the population already has found the way to get caught up on all their favorite series without tuning in right when their shows air. But if House of Cards does indeed become the flagship series it is being made out to be in the press and paves the way to many more Netflix original shows, the rest of the population will likely catch on with time.

What intrigues me most is that like premium cable networks like HBO and Showtime, watching any Netflix original shows like House of Cards would be based solely on the preferences of the viewer. Since shows would be streamed over the Internet only to Netflix subscribers, viewers could support only the shows they want to support. Unjust cancellation could eventually be a thing of the past. Some blogs have brought up hopes of future networks in the mold of this new Netflix model bringing back some fan-favorite cancelled series that already have a rabid built-in fanbase (bring back Firefly!). Original series wouldn’t have to be censored or catered to the needs of advertisers and fans could directly support the shows they feel passionate about; theoretically, we could be looking forward to a new golden age of entertainment.

All this speculation is a fun and exciting look into the future of the entertainment industry, but as stated above, Netflix has not made an official statement about their purchase of House of Cards. Additionally, Netflix is taking a big risk with this series if they do indeed purchase it. Netflix reportedly ordered two full seasons of Spacey and Fincher’s political thriller. To order one full season of a series before a pilot has been shot is unheard of in the television business, let alone ordering two full seasons. If House of Cards isn’t the hit that Netflix clearly thinks it is, Netflix could lose a serious amount of money that would be tough to make up with their current revenue stream from subscriber fees.

Despite the inherent risks that Netflix is taking with their new interest in original programming, these rumors have certainly given rise to much speculation over the future of film and television distribution. It remains to be seen whether Netflix can maintain its domination of the market in video streaming with new competitors like Amazon and Facebook launching their own video streaming features, but it will certainly be interesting to see how this all shakes out.

View all posts by Adrian Burke →