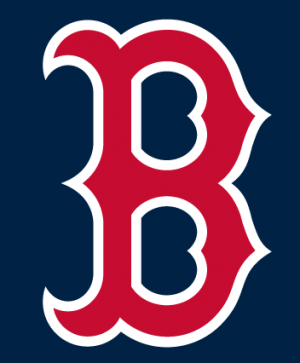 About this time every year, the Fenway neighborhood of Boston University starts to get a little crazy. By mid-afternoon, vendors in Kenmore Square assemble their stands of midnight blue-and-red T-shirts, jerseys, hats, and “YANKEES SUCK!” memorabilia. Avid baseball fans pour into the area hours early for a 7:00 game, and the chances of acquiring an open space on the Green Line prior to or following a game are slim to none. You know what this means…it’s playoff season in Major League Baseball!

Both the American and National League Division Series begin on October 6. Thus, the top teams from each division are all vying for a playoff spot and ultimately a shot at winning the “Fall Classic” – the World Series of baseball.

A popular topic of conversation here on campus during this tense final portion of the season is: Do the Red Sox really have a shot at making it to the Series? According to coolstandings.com, the Sox have a 1.8% shot at appearing in the playoffs, and less than 0.1% at winning their division against the New York Yankees and the Tampa Bay Rays. In other words, they are hanging on to their chances by a fingernail.

Their ace right-handed pitcher, Clay Buchholz, has taken a hit recently, going 0-2 with a 5.40 ERA in his last three starts. His last outing on Friday against the Oakland A’s was particularly dreadful, as he was tagged for five runs on five hits in the shortest outing of his career not involving an injury. Also, veteran starting catcher and team captain Jason Varitek has been struggling since coming back from the disabled list after fracturing his right foot; he went 0-3 at the plate on Tuesday night against the Seattle Mariners in his first full game since being re-activated on September 6. With just 17 games left in the regular season, the Red Sox are seven games behind the division-leading Yankees and 6 1/2 games behind Tampa Bay, who hold the lead in the wild card race.

However, that doesn’t mean that avid Sox fans are going to give up hope. You can bet that down to the last regular season home game on October 3 – against the Yankees, no less – there will be crowds lurking around the Green Monster at Fenway Park more enthusiastic than shoppers on the morning of Black Friday. So between now and then it might be advisable to steer clear of 4 Yawkey Way, unless you’re dressed head to toe in Sox gear and prepared to immerse yourself in a raucous crowd.